The men from the Midlands have had some great GAA days over the last decade, with a 2004 Leinster title the highlight.

Now that Paidi O’Sé is no longer with us Westmeath’s 2004 Leinster title is even more poignant. The Kerry legend took over in 2004 and with a fine panel of underage winners at his disposal O’Sé led Westmeath to victories over Wexford, Dublin and Offaly. That set up a Leinster final against Laois, managed by O’Sé former boss Mick O’Dwyer and after a draw in the first game Westmeath won 0-12 to 0-10.

It was the counties the first ever senior title – and it remains so – and the fantastic documentary Marooned was there to capture it all. If you haven’t seen it, it’s a must watch.

Enjoy the Shannon in Athlone

Ireland’s longest river is one of the Ireland’s top tourist attractions, especially for cruising by boat. If you do, then Athlone is a must stop-off point. With a host of bars and restaurants in the town, you will be spoiled for choice and if the weather is in your favour then spending time on the banks of the Shannon is a great way to pass an hour or two.

With a licence to produce whiskey since 1757, the former Locke’s Distillery is a great spot to while away some time in Westmeath. With its distinctive whitewashed walls and water-driven wheel this fully active distillery will show you how whiskey was made two centuries ago, a method still employed by the current owners.

And if you take the Gold Medal tour, it finishes with a whiskey tasting class where you get to try four different tipples. Sounds good to us. 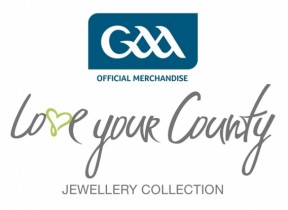 popular
Prince George reportedly told classmate "my father will be King so you better watch out"
Budget 2023: Cigarettes going up, energy credits announced, child and social welfare increases confirmed
Two new 24-hour bus services are coming to Dublin
Jeffrey Dahmer’s dad thinks he knows what’s to blame for son becoming a serial killer
An underseen disaster film is among the movies on TV tonight
QUIZ: Test your knowledge with this Ultimate Friends Character Quiz
CONFIRMED: Renters to benefit from €500 tax credit as part of Budget 2023
You may also like
6 days ago
Woman arrested following car fire death of two children in Westmeath
2 weeks ago
Gardaí appealing for witnesses as criminal investigation launched into deaths of Thelma and Mikey Dennany
2 weeks ago
Gardaí investigating "all circumstances" following car fire deaths in Westmeath
2 weeks ago
Two children dead following car fire in Westmeath
1 month ago
Gardaí urge public not to share "upsetting" pictures of fatal assault of Paul 'Babs' Connolly in Westmeath
2 months ago
Ireland's biggest-ever film studio campus gets green light to welcome blockbusters
Next Page