With his birthday being today, we decided to look back at the varied career of one of the great showmen of modern football, Jay Jay Okocha

Many will remember him from his time at Bolton, but from a young age, Augustine Azuka "Jay Jay" Okocha was clearly marked out as a hugely talented individual player, with an eye for play making. He told the BBC when he was younger that he learned to play football on the street, with anything that was round, and rarely, if ever, did they manage to get an actual football.

Having traveled to Germany as a teenager in search of opportunities, he landed a deal with third division side Borussia Neunkirchen, where had impressed on trial. He was destined for bigger moves after that however, as he was spotted and snapped up by Eintracht Frankfurt, where he also played with a familiar name for many Premier League fans, one Tony Yeboah.

His time in Germany was by and large a success, and announced him on a European stage, in particular he was remembered fondly by fans for this bit of ridiculous dribbling against Karlsruhe, which saw him slot the ball past a young Oliver Kahn, a man who has always looked 45-years-old.

He eventually fell out with the manager, another well known guy by the name of Jupp Heynckes, and was moved on to Turkey, where he joined Fenerbahce, where he was once again a huge fan favourite. He even became a Turkish citizen under the name Muhammet Yavuz, but we're not too sure why that was the name chosen. He was part of the side that beat Manchester United 1-0 in the Champions League in the 1996-97 season, but by 1998 he had moved on again, this time to PSG.

While they only played one season together, the club also signed Ronaldinho in 2001, and the showboating would have been something fierce between the two lads we imagine. His fee was in the region of £10 million, making him the most expensive Nigerian footballer ever at the time. 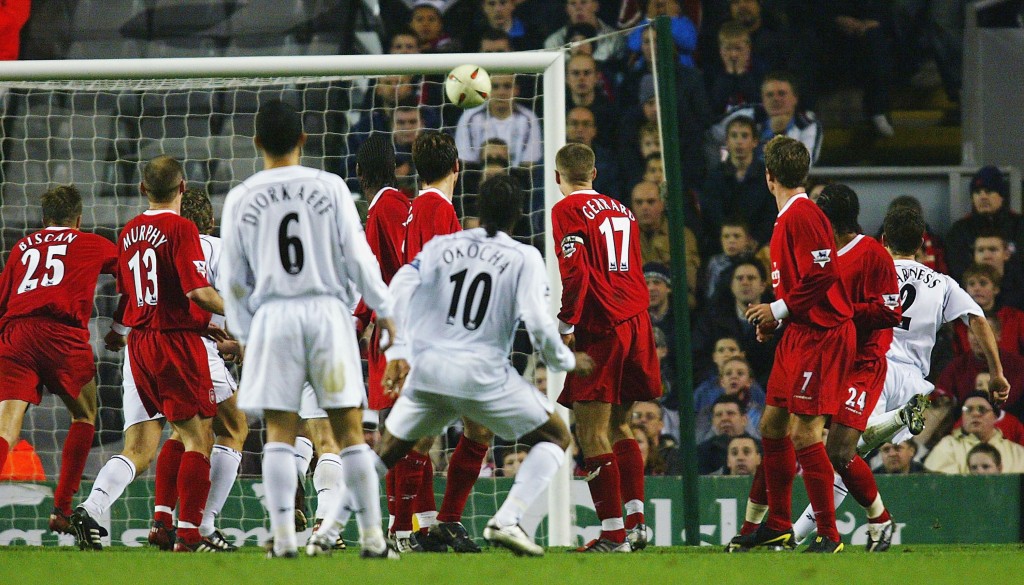 His next move made sure he was best known to those who watched the Premier League, as he joined Bolton under Sam Allardyce, a clash of styles if ever there was one, but somehow it worked. He delighted crowds with his inventive passing, his clever skills, and his precision both from the penalty spot and from free kicks. Nothing short of the word legend would be accepted when Bolton fans talk about him, we imagine.

At an international level, he was part of one of the most famous Nigerian sides in recent memory, as they won the Olympic gold in 1996, beating Brazil, Mexico and Argentina along the way to claiming glory.

After Bolton, he moved to Qatar for one last big pay day, but he couldn't resist the lure of returning to England, where he was loved by more than just Bolton fans, and played one more season with Hull in 2007-08 and helped them to achieve promotion to the Premier League, but he retired before he could return to the promised land, after a season which saw him struggle constantly for fitness.

From Nigeria to Turkey to France to England, you would be hard pushed to find a fan that didn't simply enjoy watching Okocha play football. He was inventive, full of tricks and surprises, and regularly embarrassed and dazzled opponents with incredible footwork. Along with Ronaldinho, he was perhaps one of the last true showmen who enjoyed playing the game with a smile on his face, and took great joy from the simple pleasure of getting a cheer from the crowd for a trick that they thought only possible in the world of video games.

popular
Netflix has just quietly added 12 big movies to its library
Gardaí deny asking Cork shop to stop selling Animal Bars
HSE urges public to stop using popular e-cigarette
Wagatha Christie: Rebekah Vardy storms out of court just 30 minutes into final day
Man dies after being struck by lorry in Tipperary
The 50 most iconic songs of all time* have been revealed
QUIZ: Can you name all the US States that contain 8 letters?
You may also like
7 years ago
Vine: John Obi Mikel owns Paul Pogba with lovely back-heeled nutmeg
7 years ago
Vine: Kevin Kilbane’s first line as co-commentator on the France v Nigeria game didn’t go particularly well
7 years ago
Vine: Nigeria's Babatunde breaks his arm against Argentina [Graphic Content]
7 years ago
Pic: What the bleedin’ hell is Peter Odemingie on about in his most recent Twitter posts?
7 years ago
Pic: Anyone know who the Irish fan snapped at the Nigeria/Bosnia game is?
7 years ago
Vine: Heroic save by Nigerian goalkeeper earns them all three points against Bosnia and Herzogovina
Next Page