Yes, Christian’s namesake has been attracting quite a lot of attention for the shape he’s worked himself into during pre-season and there was a further illustration of it in a picture posted on the official Real Madrid account of preparations for the Super Cup clash with Sevilla on Tuesday.

Just look at the definition on those arms! 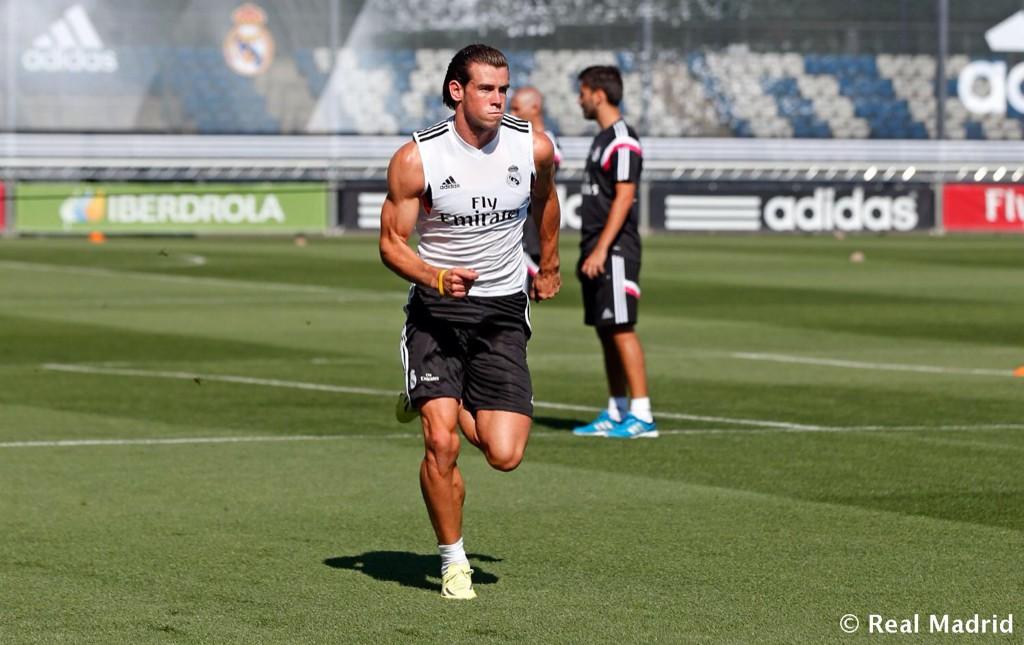 We don’t know what Gareth got up to on his holidays this summer, but he certainly wasn’t indulging in pints and pizzas by the looks of this.

The Big Reviewski || JOE · TBR Spotlight: The Falcon and the Winter Soldier Episode Four - 'The Whole World is Watching'
popular
The JOE Music Quiz: Week 52
The JOE Friday Pub Quiz: Week 238
Thunder Force review: somebody needs to stop letting Melissa McCarthy's husband make movies
The Falcon and the Winter Soldier is on the precipice of dealing with an incredibly sensitive topic
Irish mobile network GoMo launches new €14.99 per month "for life" offer
QUIZ: Can you identify the cities of California from this list?
The JOE Movie Quiz: Week 97
You may also like
1 year ago
QUIZ: How well do you remember Zinedine Zidane's playing career?
2 years ago
Mesut Özil hits out at "right-wing propaganda" in Germany following criticism for meeting Turkish President
2 years ago
Cristiano Ronaldo proves why he’s one of the greatest with late free-kick equaliser
2 years ago
Liverpool goalkeeper Loris Karius writes emotional apology to fans
2 years ago
Gary Neville has really twisted the knife into Liverpool's Champions League defeat
2 years ago
Gareth Bale's breathtaking volley somehow tops Karius' catastrophic clangers
Next Page