Picture: Is this the new Leinster jersey?

It's around that time of the year when the new rugby jerseys will all be flooding out, so is this the new Leinster jersey for next season?

This snap appeared online earlier today from Twitter user Sarah Lennon, and while there's no confirmation yet, this could well be the new Leinster jersey for next season. 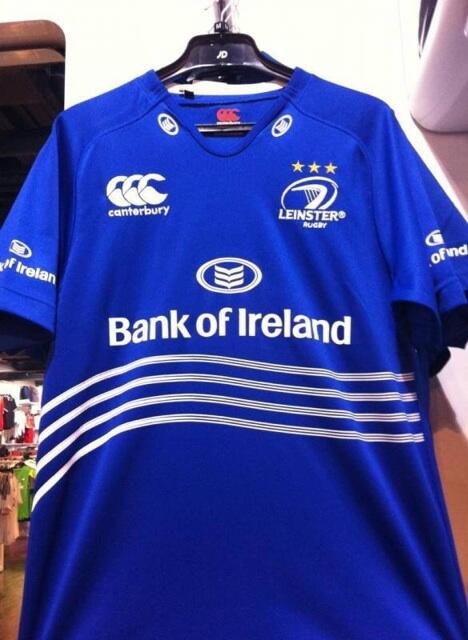 The reaction has been a little bit mixed judging by the comments so far, with the wavy white lines (possibly inspired by Ian Madigan's erstwhile foppy haircut, we can't say for sure) coming in for a bit of criticism, but it looks like it could well be the real deal, seeing as it appears to be hanging up in JD Sports.

So, yay or nay Leinster fans?

popular
Netflix has just quietly added 12 big movies to its library
Gardaí deny asking Cork shop to stop selling Animal Bars
HSE urges public to stop using popular e-cigarette
Wagatha Christie: Rebekah Vardy storms out of court just 30 minutes into final day
The 50 most iconic songs of all time* have been revealed
Man dies after being struck by lorry in Tipperary
QUIZ: Can you name all the US States that contain 8 letters?
You may also like
1 month ago
Scottish Parliament official dies during rugby game in Dublin
2 months ago
Every Guinness fan needs to try these brand new experimental beers
3 months ago
"Samaritans saved my life" - Brent Pope praised for honest interview on Tommy Tiernan Show
6 months ago
QUIZ: How well do you know these famous Ireland players?
11 months ago
"You want to prove them wrong, even if they're not telling the right story" - Conor Murray
1 year ago
Four Irish players propelled into Lions debate after England hiding
Next Page