Taking the Papiss; Is this Newcastle star Cisse in a casino?

We thought the striker had an objection to gambling. Guess not...

There’s been quite a bit of hoo-ha at St James’ Park this off season. From fan favourite Joe Kinnear’s return to the uncertainty over their best players, it hasn’t been a happy time.

Top of the list of manager Alan Pardew’s many headaches was the problem his best striker had with the club’s new sponsor. Wonga, a pay day loan company, did not sit well with Papiss Cisse’s religious beliefs and he refused to wear the shirt.

There was some talk of the player wearing a charity shirt but it has become increasingly likely that the Senegalese international will be on his way.

Now a picture today, posted on many places, including the Daily Mail, claims to show the 30-year-old playing  a few hands of blackjack in a local casino. The Mirror reports that a number of people who were there on the night in question  claim that it was the Newcastle striker who was making a few small punts in Aspers Casino. This would suggest his objection to games of chance is not water tight, to say the least. 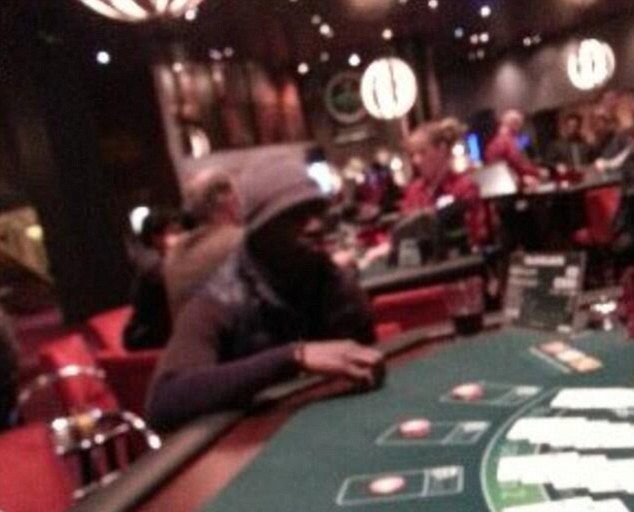 What this means for his future at the Magpies is anyone’s guess but we reckon he might be getting a shout from Pards at some stage today. In fact, you can bet on it.

popular
The JOE Movie Quiz: Week 137
The new film from the creators of South Park is going to get some big reactions
That Nic Cage film everyone is talking about is finally available to watch at home
Put the pedal to the metal with this General Knowledge Quiz
One of Ryan Gosling's best performances is among the movies on TV tonight
Location of winning Lotto jackpot ticket worth €19.06 million confirmed
The JOE Friday Pub Quiz: Week 277
You may also like
3 years ago
PIC: This is why you should always answer your phone when an Irish Mammy rings
4 years ago
PIC: Enda Kenny. On a Dublin Bike. In a vintage Mayo tracksuit. And a backwards cap. That is all.
5 years ago
PIC: You can almost feel this man's pain after his mates forcibly slapped his back
6 years ago
Pic: David Cameron stars in the funniest viral picture of the British election so far
7 years ago
Pic: WWE fan gets GIANT portrait of The Rock tattooed on their leg
7 years ago
Pic: Irishman snaps stunning pic of the Milky Way over Cork
Next Page