"I was addicted to work a bit," Marian O'Gormon on balancing work and family

It can be difficult to find a balance between being a mom and being an entrepreneur.

In the hustle and bustle of running a business, it can be surprisingly easy to put family matters on the back burner. When Marian O'Gorman, CEO of the Kilkenny Group, looks back on the earlier stages of her career, she wishes that she hadn't been so focused on business.

Marian was talking to host Tadhg Enright on The Architects of Business, in partnership with EY Entrepreneur Of The Year™. No matter how successful we may be with our careers, hindsight may only make us think on past mistakes.

"When I look back, and everyone looks back, and all mothers feel this, you look back and I was really a workaholic. I was addicted to work a bit," she said.

While a strong work ethic and desire to succeed are unquestionable strengths, they may stem from something else entirely. Just as those who are treated the most harshly may be the kindest, those who are believed in the least often succeed the most.

"I think it was a confidence thing with me. I was trying to prove to myself and my father that I could do it. Because, he actually put one of my sisters up on a pedestal. And I was never seen as anyone that could do it. I didn’t even think it myself, absolutely not." 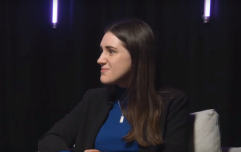 Iseult Ward on the effects of food waste: "Over 30% of food produced is wasted"

END_OF_DOCUMENT_TOKEN_TO_BE_REPLACED

"So that really kind of, I was always trying to prove to him, I think. He died, and I hadn’t proved it to him I think," she said.

While hindsight may only highlight our own mistakes, it can also be a way to avoid them in the future. Many of our worst experiences end up helping us in the future, as the 2014 EY Entrepreneur of The Year Finalist said herself.

"I had to prove it to myself then. I would now look back and say I wish I’d done it a little bit different and given more time to the family. Being a woman and being a mom. I can’t take it back, but I do spend a lot of quality time with them now," she said.


popular
Brendan Gleeson's upcoming performance as Donald Trump is 'scary' and 'too close for comfort'
QUIZ: Can you name the Sega Mega Drive game from the screenshot?
QUIZ: How many of these Derry Girls characters can you name?
The JOE Friday Pub Quiz: Week 179
Met Éireann predicting snow this weekend and well into next week
Britain's "iconic" post-Brexit passport unveiled, actually manufactured in Poland
5 new Netflix additions to spend your weekend watching
You may also like
1 day ago
Irish entrepreneur Norman Crowley on building a €3 million electric car
1 day ago
Looking for a mortgage? Yeah, come watch The Fast and the Furious with us
2 days ago
Mark Little: "Too many start-ups start with a whiteboard"
3 days ago
The latest episode of All In, backed by AIB, is available now
2 weeks ago
QUIZ: Where in the body are these bones located?
3 weeks ago
First-time buyers of Dublin! Fancy watching Crazy, Stupid, Love with us?
Next Page