It's understood that bloggers who refuse to disclose factual information will be named and shamed.

Social media influencers, bloggers and public profiles with large followings are being warned of the repercussions should they mislead their followers.

The Advertising Standards Authority (ASAI) has recently updated their information regarding bloggers and influencers, stating that they need to make it absolutely clear about when content is paid for.

END_OF_DOCUMENT_TOKEN_TO_BE_REPLACED

Payment, as outlined by the ASAI, covers compensation, cash, free products, free services, reciprocal arrangements or anything akin to benefit in kind.

The authority hosted an "educate and inform" event at Facebook's headquarters in Dublin on Friday morning in which they informed over 100 agencies, brands and bloggers on when they need to disclose that something is an advert.

Orla Twomey, CEO of the ASAI now getting into examples and scenarios with @aldunneUnique. “If there is payment or control over free products, then it must be disclosed. #ASAI #InformandEngage pic.twitter.com/nY9T8UJvh6

END_OF_DOCUMENT_TOKEN_TO_BE_REPLACED

ASAI CEO Orla Twomey stated that the authority will share the names and details of anyone who doesn't comply with the authorities rules.

“The sanction is against both blogger and advertiser,” she said.

“It is the ‘name and shame’ sanction where we will publish the adjudication of the complaints committee. Their reputation – their brand reputation – is very important to them.

“So they need to be careful [in case] their follower thinks they are likely to be misled by them”, she concluded. 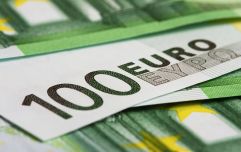 END_OF_DOCUMENT_TOKEN_TO_BE_REPLACED

Under ASAI rules, any sponsored post must come with a hashtag (either #AD #SPON) indicating that the content has been paid for.

Speaking at the event, Twomey continued by saying that consumers need to know when they are being advertised to.

“There is nothing wrong with a blogger and a brand working together to co-create content,” she said.

“We don’t have an issue with that. It is just that we think consumers should know when they are being advertised to. So we just want to make sure that everybody is crystal clear about what they need to do and when they need to do it.”

The ASAI event comes as a number of anonymous Instagram accounts have been set up to point out when social influencers are being disingenuous to their followers.

These accounts have gained momentum in recent months, causing social media users to question bloggers' authenticity and bloggers to admit their wrongdoings.

Last year, the ASAI introduced guidance on the ‘Recognisability of Marketing Communications’ aimed at ensuring Irish consumers are not misled by influencer marketing through online advertisements on blogs and social media websites.

popular
Here's how to make €9-11 on Revolut in just a few minutes
Green Party representative calls for a temporary ban of stag and hen parties in Ireland
Off-duty Garda arrested in Tipperary on suspicion of drink driving
Pop Idol star Darius Campbell Danesh has died, aged 41
QUIZ: You won't be able to correctly guess the meaning of all these words
Dublin Bus passenger assaulted in suspected homophobic attack
Murder investigation launched following death of 75-year-old woman in Kerry
You may also like
7 hours ago
Here's how to make €9-11 on Revolut in just a few minutes
2 weeks ago
Bord Gais announces a 74% increase in operating profits while customers deal with price hikes
1 month ago
Elon Musk says he is "terminating" his Twitter takeover deal
1 month ago
Outlook is grim but "we can still avoid a recession" says Paschal Donohoe
1 month ago
Irish workers' wages struggling to keep up with inflation, experts say
2 months ago
Average weekly earnings rise to record levels in Ireland
Next Page