Just under half of Irish professionals believe that their employers are not consistently transparent about salary increases.

Two in five Irish professionals are not satisfied with their salary, according to a salary and recruitment trends report released by recruiting group Hays Ireland on Monday.

40% of 2,700 employees surveyed as part of the report expressed dissatisfaction with their current renumeration, with the majority of those people (62%) feeling that their salary does not reflect their individual performance.

One of the major themes in this year’s report was employer transparency when it comes to employee salaries, with just under half of those surveyed (49%) believing that their organisation is not consistently transparent about how salary increases are devised. This is despite the fact that over three quarters (78%) of employees claimed that it is important for their organisation to be transparent about how pay levels and pay rises are set.

Elsewhere, some of the main findings in the report include:

Commenting on the report, Hays Ireland Managing Director Mike McDonagh said: “Pay growth, combined with pockets of double-digit salary increases, demonstrates that the competition for talent remains high. This year however, greater transparency about salaries is an issue that many employers must address. 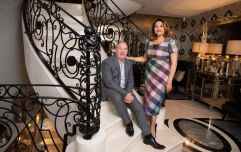 Irish company "started at a kitchen table" sold for €326million

END_OF_DOCUMENT_TOKEN_TO_BE_REPLACED

“Transparency around pay is an important issue for professionals. Many also perceive there to be gender pay gaps, which is negatively impacting on the attraction and retention of staff.

“Greater pay transparency certainly has a central role to play in narrowing pay gaps between the genders. To address this issue, we would advise employers to introduce greater promotion and pay structure transparency within their organisation.”

You can read the Hays Ireland Salary Trends & Recruiting Guide 2020 in full here.


popular
QUIZ: Can you name all the Irish counties just by their shape?
PERSONALITY TEST: What percent tosser are you?
25 jokes which make Airplane! one of the funniest movies of all time
QUIZ: Can you match the Father Ted quote to the character that said it?
Gardaí arrest woman (40s) in relation to the three children that were found dead in Dublin
PERSONALITY TEST: Which Peaky Blinders character are you?
Australian scientists claim to have made "significant breakthrough" in diagnosing coronavirus
You may also like
1 week ago
Bank of Ireland warns customers to delete latest scam text from phones immediately
1 month ago
Minimum wage in Ireland to rise to €10.10 per hour next year
1 month ago
Bosses at big Irish companies are earning 50 times the average employee salary
1 month ago
National Lottery apologises over missing scratch card prizes totalling €180,000
2 months ago
Over 30% of Irish adults are "struggling" or "stretched" financially
2 months ago
800 employees to get pay rise as Lidl Ireland commits to matching latest living wage
Next Page