Of course it has come down to pubs.

At the outset of Covid-19, a joke made its way around the continent and across the Atlantic, a joke to emphasise the seriousness of the pandemic facing us all.

"Even Ireland has closed its pubs until August," they said - the implication being that Ireland had made its ultimate sacrifice, the kind of measure unthinkable to the Irish in anything other than the most dire of times. 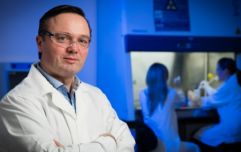 END_OF_DOCUMENT_TOKEN_TO_BE_REPLACED

And you know what? Fair enough. They've got our number on that one. The pubs are a part of our national identity. It's not sentimental to say so, it's just the truth. Round tables, soggy coasters, loud chat. Some carpeted, some tiled, the Proclamation of the Irish Republic framed on the wall beside a photo of the local GAA team that won something once. The smell of literal decades of beer. Ah, pubs.

Publicans had been told that their pubs would reopen on 10 August. That was back when the Roadmap to Recovery had five phases rather than four phases (the last of which was eventually delayed beyond the date of the original Phase Five).

The government, in a fleeting moment of victory over nature, declared they'd move the date forward to 20 July. Then the virus did what viruses do and we were back to 10 August. As of yesterday, 10 August seems like a wild pipe dream, as Taoiseach Micheál Martin said that he cannot guarantee the pubs will open before next year.

If you ask me, not enough has changed to justify thinking the pubs could open on 10 August last week, to not knowing if they'll open for another six months this week, but I'm not a public health expert. I am kind of a 'Does it seem like Micheál Martin knows what he's doing' expert, though, and... well... anyway. 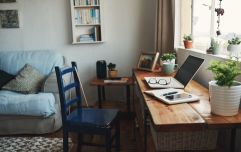 END_OF_DOCUMENT_TOKEN_TO_BE_REPLACED

One lesson we've had to learn this year is that pandemics are pretty complicated. It turns out juggling the competing interests of public health, quality of life, employment and commerce while every other country on earth is going about it their own way is, like, really hard.

And it certainly doesn't ease confusion that there are different rules for not-so-different pubs. Pubs that can serve meals for €9 have been open for well over a month now (with no resultant clusters, it seems important to add). Having a few working ovens and microwaves was the deciding factor there, for reasons that still aren't clear.

Following the government decision based on public health grounds, our reopening has been postponed until 10th August. We now await the publication of operational guidelines for reopening of wet pubs ASAP. This will allow us adequate time to prepare to reopen safely on this date. 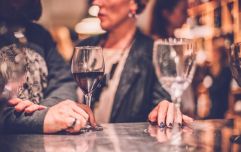 END_OF_DOCUMENT_TOKEN_TO_BE_REPLACED

So it's not about whether the pubs should or shouldn't be open. It's that thousands of pubs (as well as gyms, cinemas, sports clubs, etc.) are open, and will continue to be open, while thousands of other pubs remain closed - based on a criterion that is not really related to public health. It's easy to shut these concerns down by saying we're putting public health first, but of course these local communities are aggrieved - there are a million other situations where we haven't put public health first.

Pub talk conveniently deflects discussions away from where the real damage was done (over half of all Covid-19 deaths occurred in nursing homes and around 30% of all cases were related to healthcare workers). It also obscures where the virus is clustering now: unsafe work spaces, Direct Provision centres, and among the Roma community.

The state is prepared to paint pubs as dens of irresponsibility, where the sick gather to sneeze beer into each other's mouths, but the reality is that Covid-19 has thrived specifically in areas where the state has failed to take enough action. Masks aren't even mandatory in shops yet. How many lives could we have saved if we'd brought that in four months ago?

Pubs, by comparison, seem prepared to rewrite their entire business model to survive the pandemic. Takeaway pints, operating at a fraction of their capacity, no bar service, pre-booking, time limits, outside seating. They're prepared to try anything. None of this is to make the argument that all of the pubs need to open right now, it's simply to make the point that Jesus Christ this sucks.

Nobody should be so foolhardy as to say that the pubs are safe. Nowhere you can come into contact with anyone for a long period of time is "safe" in this new hypothetical world where we're all supposed to think of ourselves unwitting vectors for a killer disease.

Furthermore, a boarded up business is not the same as a dead body. Businesses that go bust can rethink, reinvent, and come back. It doesn't work that way with human beings. Life and death gets its own category of importance above everything else.

But the everything else still matters. The concerts that have been cancelled, would-be champions who will never play their cup final, performers and artists hauled off the stage by the longest shepherd's crook ever, the late-night crammers whose predicted grades will be lower than their real ones, kids who have spent months without the vital social time they get in school, cocooners whose retirement years have been set aflame, all those at the mercy of the precarious Pandemic Unemployment Payment rather than fulfilling their professional dreams, getting our twists and turns from six different streaming services rather than mastering our own fate the way that damn poem promised.

2020 has become a year of memories that will never have the chance to happen. A collection of moments and opportunities we've missed, time we've spent alone rather than with friends or loved ones, and new loved ones we never met, who we would have met, if only the pub had been open. Even if it's for the best that it's not.

popular
The JOE Friday Pub Quiz: Week 315
WWE Tough Enough winner Sara Lee has died, aged 30
Meteor shower to be visible over Ireland tomorrow
Welder awarded €15,000 for unfair dismissal despite admitting to drinking alcohol before work
Two arrested and charged over 2021 death of four-year-old boy in Limerick
Mrs Brown’s Boys creator Brendan O’Carroll hits back at "woke" critics
Here's the line-up for this week's episode of The Late Late Show
You may also like
1 day ago
Ireland's new chief medical officer issues winter advice as Covid cases rise
2 weeks ago
“It’s like insects are crawling all over your body.” Irish people reveal impact of Long Covid
2 weeks ago
Vaccines adapted to Covid variants to be rolled out as part of booster programme
2 months ago
A county-by-county breakdown of the number of pubs closed in Ireland in the last two decades
2 months ago
Covid-19 testing centres may be stood down entirely later this year
3 months ago
People who got Covid at Christmas do not have protection from current wave, expert warns
Next Page