It follows an internal report which stated RTÉ "will no longer be possible to continue" as we know it.

Last week, an internal report in RTÉ told staff that "while the decision by Government to tender for licence collection services was welcome, the decision to defer implementation of a revised media charge means a crisis in the funding of public service media will continue."

Today (Sunday 15 September), the Mail On Sunday reported that RTÉ is apparently looking to sell its southern regional studio, on Fr Matthew Street in Cork, as well as selling more of the Dublin 4 campus, in order to raise funds to support its output.

This comes just a few days after it was revealed on Prime Time that RTÉ are also said to be considering the future of Lyric FM in the face of the budget concerns.

Following the report from the Mail On Sunday, Communications Minister Richard Bruton spoke to RTÉ Radio One’s This Week, and had the following to say:

"There's no doubt we have to see RTÉ respond with routes that will build its digital content and digital platforms. It's up to RTÉ to decide what’s the optimum strategy. We'll have to kick the wheels on any strategy developed by RTÉ. 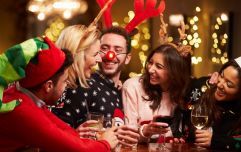 END_OF_DOCUMENT_TOKEN_TO_BE_REPLACED

"Ordinary listeners and viewers are changing their behaviour. We have to respond to these changes. They need to build digital audiences, and younger audiences.

"We do have to see RTE find routes to respond (to challenges). They have to devise a strategy - how do they develop public services broadcasting in this new environment."

Minister Bruton was also asked whether or not the salaries paid to RTÉ presenters need to be revisited, and whether or not presenters should be paid more than the Taoiseach, who earns over €180,000 a year, to which he responded: "I think the Oireachtas has voiced its concern around this."


popular
The lineup for this week's Late Late Show has been revealed
QUIZ: Can you guess the pixellated movie posters?
Met Éireann says there's a risk of snow for parts of Ireland this weekend
QUIZ: Can you name all these European countries just from their vowels?
Man being treated for suspected case of coronavirus in Belfast
Star Trek: Picard mostly manages to boldly go where no Star Trek show has gone before
Everything Irish fans need to know ahead of the WWE Royal Rumble this Sunday
You may also like
5 hours ago
Teenager arrested in relation to death of Cameron Blair at a house in Cork
14 hours ago
Man dies after farming accident in Cork
3 days ago
Man in serious condition after being doused in petrol and set on fire during burglary in Cork
3 days ago
Gardaí warn of phone scam that could cost consumers a "small fortune"
5 days ago
Two men arrested after serious assault in Cork
6 days ago
Proposed Cork to Limerick motorway "makes no sense" says Eamon Ryan
Next Page