How the hell did Alex Skarsgard get so ripped to play Tarzan?

It's a question we've been asking ourselves ever since seeing the trailer for the new film The Legend of Tarzan.

You could be blamed for thinking the Swedish actor's impressive physique was all CGI, makeup, smoke and mirrors. 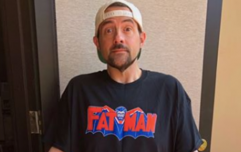 END_OF_DOCUMENT_TOKEN_TO_BE_REPLACED

But you'd be dead wrong. Those ridiculously cut abs are 100 per cent legit.

We spoke to Skarsgard's trainer and nutritionist Magnus Lygdback who prepared the True Blood star for his toughest role yet in the new-look Tarzan which stars Margot Robbie, Samuel L. Jackson and Christoph Waltz.

It all came down to good old fashioned hard work, blood and guts training in the gym and a gargantuan diet of 7,000 ultra-clean calories that could probably feed a Silverback for a week.

Skarsgard was given just four months to make the incredible body transformation that turned him from skinny runner into the lithe, muscular and athletic-looking King of the Jungle. 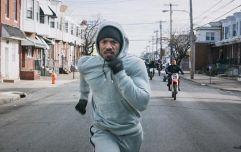 END_OF_DOCUMENT_TOKEN_TO_BE_REPLACED

Lygdback's first job was to build some lean muscle mass to make the former Swedish anti-terror soldier look the part in the new incarnation of the legendary literary figure.

He designed a three-month bulking phase to add as much size as possible without adding too much body fat to his already-lean frame, which was followed by a four to five week cut. 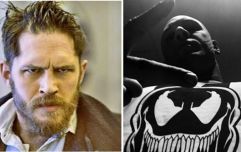 END_OF_DOCUMENT_TOKEN_TO_BE_REPLACED

Skarsgard is the ultimate 'hardgainer' - lean, tall and fond of distance running, which probably gave him a metabolism quicker than a 14-year-old boy.

The first thing Lygdback did was stop him running to stop him burning off all those extra calories so he could start putting weight on.

"This was a guy who ran 10k (races) four times in a week, he explained.

"His cardio was great coming into the project. But he had to stop that and expend all his energy into lifting weights and building muscle mass."

The bulking phase saw him started on 5,000 calories but day to day monitoring through his strength training still saw him losing weight and body fat so this was increased to an incredible 7,000 daily calories. You can read about his full diet here.

In order to start adding muscle to his frame Skarsgard started hitting some serious strength work.

His weekly training plan was broken down into body parts - with legs, chest and front delts, back and rear delts and a whole day devoted to biceps and triceps.

Each session started with a meaty pyramid set on one of the big lifts - like squats or bench - kicking off with 12 reps on a lighter weight and working heavier while dropping the reps through 10, eight and then six reps. It then finished with a 10 rep burner to further exhaust the muscle.

His programme was designed to hit the muscle from every angle with a range of different exercises on each body part, all in that sweet eight to 12-rep hypertrophy sweet spot range.

His core training was equally important to make his abs pop. Every other day he did a mixture of static core work like planks and rotational exercises like obliques.

But one thing that had to be part of the plan was movement training. The film's director David Yates wanted a lean, longer and muscular man that looked like he'd been honed by the jungle, rather than a bodybuilder built in a gym.

You can see on his programme 30-rep finishers like skate jumps and max rep efforts on more 'functional' exercises like burpees were added in.

On top of this two days a week Skarsgard did specific movement training involving yoga or obstacle courses involving bear crawls, handstand walks and plyometric jumps to keep him looking fit for the jungle.

Three months of clean bulking added muscle mass to Skarsgard's frame, but as filming approached they started a cut.

He must have still been pretty lean off 7,000 calories as the cut was only between four and five weeks long where the dieting got stricter, his calories were reduced and the cardio came back into play.

The key was keeping his hard-earned muscle while shedding any residual fat to make him look as ripped as possible to play Tarzan.

Alongside the dieting, Lygdback optimised the fat burning by introducing High Intensity Interval Training (HIIT) in the mornings.

The sessions were only 20 minutes long and included lots of sprints and functional movements to give his body a short, sharp shock.

This was coupled with increased intensity and high-paced exercises in his strength training.

Lygdback explained that when used in tandem, these two elements are optimal for fat loss.

"What people don’t realise is that heavy lifting is one of the best fat burners there are," he explains. "It takes up to two days for your body and your muscles to recover.

"You will burn fat for up to two days after you’ve done heavy lifting. You burn more when you’re running around or when you’re doing high intensity training, you burn a lot at that moment. But if you combine that with strength training, you get the perfect combination."

The cutting phase saw Skarsgard doing between 10 and 14 sessions a week to get him in Hollywood film shape.

This is what one of his workouts looked like...

"He’s such a hard working man, Lygdback says.  "He is a great human being. He is so determined and hard working. It was not hard for me to work with him.

The Legend of Tarzan is out in cinemas in the UK on July 6.

popular
Prince George reportedly told classmate "my father will be King so you better watch out"
Jeffrey Dahmer’s dad thinks he knows what’s to blame for son becoming a serial killer
Budget 2023: Cigarettes going up, energy credits announced, child and social welfare increases confirmed
Two new 24-hour bus services are coming to Dublin
An underseen disaster film is among the movies on TV tonight
QUIZ: Test your knowledge with this Ultimate Friends Character Quiz
CONFIRMED: Renters to benefit from €500 tax credit as part of Budget 2023
You may also like
10 hours ago
REVIEW: Smile delivers the first proper scares of this Halloween season
16 hours ago
Amazon Prime Video has just added 10 big movies to its library
16 hours ago
Here are all of the must-watch movies coming to cinemas in October
3 days ago
A brilliant psychological thriller is among the movies on TV tonight
4 days ago
A brilliantly scary horror movie is among the movies on TV tonight
4 days ago
WATCH: Oscar winner Steven Price weighs in on #ReleaseTheAyerCut for Suicide Squad
Next Page