Ultimately, this makes the most sense.

You can now rule Conor McGregor out of the first two big UFC pay-per-views of 2018. It was always going to be a stretch to get McGregor back in camp, starting over Christmas, and ready for January's UFC 220 in Boston. UFC 221 will be in Perth, in February. Newly confirmed undisputed middleweight champion Robert Whittaker is headlining that against Luke Rockhold.

Up next, in March and April, are UFC 222 and 223. Both will be held in the T-Mobile Arena in Las Vegas, with McGregor expected to make his return there. 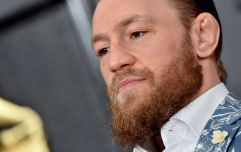 END_OF_DOCUMENT_TOKEN_TO_BE_REPLACED

For all of the recent Manny Pacquaio talk, McGregor and his coaches are set on him taking his next fight in MMA, not boxing. Interim lightweight champion Tony Ferguson is the likely opponent but elbow surgery has now ruled him out until March or April.

'El Cucuy' posted a post-surgery snap and told McGregor he would be fit and firing for March or April title unification bouts as 'recovery is going great'. Once again, there was a 'McNuggets' call-out and the 'defend or vacate' taunt.

McGregor and Ferguson are both signed to the same management agency, Paradigm, and this is the fight the fans clearly want. The interim champion is the obvious fight to take but one suspects McGregor's team will have its toughest negotiations with the UFC over PPV percentages and up-front cash for 'The Notorious' to show and go.

As for the other fight that seems most likely for McGregor, before he finally walks away from the sport, that can has been kicked further down the road.

Nate Diaz is waiting patiently, and with little fuss, for his trilogy fight against McGregor and not bothering much with the other options being put in front of him by the UFC.

Perhaps Diaz can keep Pacquiao occupied by taking him on in a boxing match. That'll keep all four men happy.

popular
Meet the Irish man who’s selling all of his stuff and going to live in a tiny house on wheels
QUIZ: Is your General Knowledge up to scratch?
The JOE Music Quiz: Week 57
The JOE Movie Quiz: Week 102
The JOE Friday Pub Quiz: Week 243
Israeli airstrikes kill 26 people in Gaza in deadliest single attack of latest violence
QUIZ: Can you identify which of these countries have the colour white in their flag?
You may also like
5 months ago
Jake Paul calls out Conor McGregor in nasty video
1 year ago
"I was in the wrong" - Conor McGregor apologises over incident in Dublin pub
2 years ago
Charges dropped in Conor McGregor phone-smashing case
2 years ago
WATCH: New footage released of Conor McGregor allegedly smashing fan's phone in Miami
2 years ago
Timing of Conor McGregor announcement is no coincidence
2 years ago
Leo Varadkar and Conor McGregor lead the way in Chicago St. Patrick's Day parade
Next Page