WATCH: Can hypnosis really help someone to quit smoking?

We sent our man Eric Lalor to try it out...

Eric has tried quitting the cigarettes before.

In fact, he wrote some diary pieces about it over a year ago, but by his own admission, a stag trip to Amsterdam was never going to end well and he found himself back on the smokes after managing to stay off them for 14 weeks.

He's determined to quit again and this time he was going to try something a little bit unconventional. Eric is going under hypnosis to see if this will help him quit the smokes once and for all.

Here's how he got on when he went out to Blackrock to see renowned hypnotist, Jason O'Callaghan... 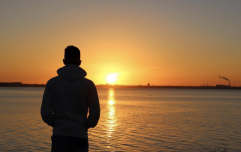 END_OF_DOCUMENT_TOKEN_TO_BE_REPLACED

Time will tell whether Eric can stay off them, but as he said himself, no matter how much assistance you get, you still need to want to quit and still need to have the willpower.

Plus, he doesn't plan on visting Amsterdam any time soon, so he's given himself a big chance.


popular
A Status Yellow snow and ice warning has been issued for the entire country
Take some time to watch the music video for James Blunt's 'Monsters'
The JOE Movie Quiz: Week 38
QUIZ: Name the missing word from these famous Dumb and Dumber quotes
Barry Keoghan has never looked scarier than he does in Calm With Horses
Tommy Tiernan's chat with James Leonard about addiction and recovery is genuinely life-changing
QUIZ: Name the missing word from these famous Derry Girls quotes
You may also like
7 months ago
The Chase star Paul Sinha has been diagnosed with Parkinson's disease
8 months ago
Senator proposes new legislation to change Ireland's drinking laws
11 months ago
It's official: Longford is the most fertile county in Ireland
1 year ago
OFFICIAL: Taking at least three weeks off work will help you live longer
1 year ago
Kevin Smith in fantastic shape as he loses 51 lbs, six months after having a massive heart attack
1 year ago
Irish women rank in top 10 for global alcohol consumption
Next Page