The lead choice of actor... we're not so sure about.

Out of all of the video games in the history of the medium, the one that seems like the most obvious for an adaptation for the big screen (or maybe a HBO series?) would be Grand Theft Auto.

Or maybe because the plots of the game already feel so cinematic and filled out, the need for an adaptation isn't there yet. 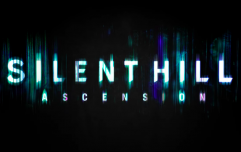 END_OF_DOCUMENT_TOKEN_TO_BE_REPLACED

Which isn't to say that if Hollywood ever did decide to tackle it, that there wouldn't be huge audiences there on day one of release to check it out.

Having said that, there was an attempt over two decades ago to bring the Grand Theft Auto franchise to cinemas, but Rockstar Games - the developers of the series - turned it down.

As reported by NME, Kirk Ewing, a games industry veteran and friend of GTA creators Sam and Dan Houser, President and Producer at Rockstar Games, told the Bugzy Malone’s Grandest Game podcast that an agent had put the deal together:

"I think at that point it was still in Sam’s mind that it might be something that he wanted to do. [The agent] said 'Kirk we’ve got Eminem to star, and it’s a Tony Scott film – $5m on the nose. Are you interested?' 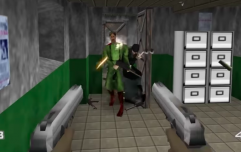 END_OF_DOCUMENT_TOKEN_TO_BE_REPLACED

"And I phoned up Sam and I said 'Listen to this. They want Eminem in the Grand Theft Auto movie and Tony Scott to direct'. And he said: 'Not interested'."

This was around 2001, when the Housers were releasing Grand Theft Auto 3, while Eminem had just finished production of 8 Mile, and the late, great director Tony Scott (Top Gun, True Romance) was looking for his next project (it would end up being 2004's Man On Fire with Denzel Washington).

Kirk added that Sam and Dan figured "the media franchise that they had was bigger than any movie that was going on at the time".

Of course, it turned out they were correct... 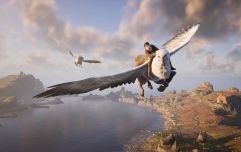 END_OF_DOCUMENT_TOKEN_TO_BE_REPLACED

... as Grand Theft Auto V would end up being the second-biggest selling game of all time.

Plus, GTA6 is in the works, with rumours of it potentially arriving some time in 2024. So it isn't as if this franchise necessarily needs the big screen treatment.

But still... a Tony Scott adaptation of Grand Theft Auto could've been something truly magical...