EXCLUSIVE: Kevin Conroy, the voice of Batman, won't be back for the mysterious new Batman game

He has voiced the character since 1992.

A few days back, we reported that WB Montreal - the makers of Arkham Origins - had begun to tease the arrival of a new Batman game, with a series of cryptic (and not so cryptic) tweets. 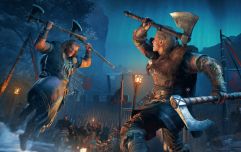 Assassin’s Creed Valhalla review: The best in the series so far

END_OF_DOCUMENT_TOKEN_TO_BE_REPLACED

The original, Batman: Arkham Aslyum, recently celebrated its 10-year anniversary and we maintain it is still a landmark in the medium.

So when we were lucky enough to chat to Kevin Conroy - the voice of Batman not just in the Arkham Asylum, Arkham City, and Arkham Knight games, as well as the Injustice games, and Arkham VR, but also in the iconic animated series and accompanying movies - we had to know if he was coming back to the franchise after providing such incredible work as both Bruce Wayne and Batman so far.

When JOE asked Conroy if he was coming back for what is supposed to be a Court Of Owls-set game, he replied "I'm not."

We told him that we thought that was unfortunate to hear. "I know. I don't know why."

But he does have a lot of love for the games that he was a part of: "I'm not a gamer, but I have been guided through playing the game, by the Rocksteady [makers of Arkham Asylum, City, and Knight] people.

"And boy, it is spectacular. I can see why people are so addicted to them. The feeling of flying through Arkham with Batman is just incredible."

For all the Batman fans in Ireland, you'll be happy to hear there is An Evening With Kevin Conroy taking place in Dublin on Friday 18 October. Full details on that can be found here.

And if you'd like to hear the rest of our chat with Kevin, where he talks about everything from his favourite episode of The Animated Series to his love for Mark Hamill, then you can check that out right here:


The Architects Of Business || JOE · "It doesn't get bigger than this for me" - Irish scientist wins EY Entrepreneur of the Year 2020
popular
Wild Mountain Thyme director defends movie's accents and says Irish accents are too difficult to understand
QUIZ: Can you answer all the £1 million questions from Who Wants to be a Millionaire?
NPHET strongly opposed to some parts of Government plans to exit lockdown next week
Two new metro routes and rail line to Navan proposed in new transport plan for Greater Dublin area
QUIZ: How will you fare in our ‘Not as it seems’ quiz?
Can you get top marks in Week 57 of JOE's 19 in 90 quickfire quiz
Video: So what exactly did John Terry say to Anton Ferdinand?
You may also like
3 weeks ago
NBA 2K21 looks like it's going to be the sporting game of the year
1 month ago
There is an incredibly easy speed glitch in FIFA 21
1 month ago
FIFA 21 has made improvements, but not in the one place it needed to
5 months ago
The Last of Us Part II is utterly terrifying
8 months ago
QUIZ: How well do you know the Grand Theft Auto games?
9 months ago
Xbox Series X revealed to be "eight times more powerful than the Xbox One"
Next Page