It does feel like we're about to turn a corner when it comes to the curse of the video games being turned into movies.

Yeah, there hadn't been a single good one in the decades since the first was attempted (we're looking at you, 1993's Super Mario Bros.!), but in the last little while, we've had both Rampage (which banked $428 million at the box office), and Pokemon Detective Pikachu (with 66%, the highest score for any video-game-movie on Rotten Tomatoes), things are looking up.

END_OF_DOCUMENT_TOKEN_TO_BE_REPLACED

We did have Sonic The Hedgehog set for release later this year, but it has now been pushed back to Valentine's Day 2020 (how romantic!) after the fan backlash to the trailer forced the movie's makers to give their lead character a redesign.

So now that video game movies have the potential to be the next comic book movies, it was reported this week that Sony have set up their own PlayStation Productions studio which will be aiming to adapt their games into movies and TV shows in-house.

That does mean that exclusive PS classics like The Last Of Us, God Of War, Crash Bandicoot, Horizon: Zero Dawn, Infamous, and more could be getting the big (or small) screen treatment.

However, the first confirmed project is a TV show based on a bit of an old-school cult classic, Twisted Metal. 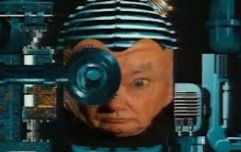 END_OF_DOCUMENT_TOKEN_TO_BE_REPLACED

According to GamesRadar, Sony Pictures Entertainment chairman and CEO Tony Vinciquerra stated that "We have a TV show we just agreed to get underway that will be developed from IP on PlayStation, it's called Twisted Metal. It's a game that was put out many years ago and we're going to develop a TV series out of that."

The game first appeared on the PSOne, but really took off when Twisted Metal: Black dropped on the PS2.

It was essentially an even-more-violent take on Mad Max-meets-Death Race, as you choose a driver from a heavily weaponised vehicle, and are forced into a kind of automotive gladitorial fight to death, but usually in some heavily populated areas.

Yep, you could be firing missiles at a machine-gunning ice-cream truck, and have it miss entirely and take out a group of civilians who just happened to be caught up in the mayhem. 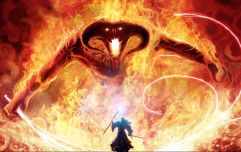 END_OF_DOCUMENT_TOKEN_TO_BE_REPLACED

It was, in short, a lot of fun, although admittedly it was incredibly dark and violent and, therefore, not for everyone, and hopefully the upcoming TV show will be the exact same.

Vinciquerra also stated that they are in "advanced development for a film" adaptation of Uncharted, which is basically a modern-day take on Indiana Jones. In the games, lead character Nathan Drake is in his thirties, but apparently the movie version (which has been in development for a while now) will go a different route.

A good while back, when he was promoting Spider-Man: Homecoming, JOE sat down with Tom Holland about the rumours of him picking up the mantle of Nathan Drake for the movie adaptation of Uncharted, and you can check out what he said right here:

popular
Netflix has just quietly added 12 big movies to its library
Gardaí deny asking Cork shop to stop selling Animal Bars
HSE urges public to stop using popular e-cigarette
Wagatha Christie: Rebekah Vardy storms out of court just 30 minutes into final day
The 50 most iconic songs of all time* have been revealed
Man dies after being struck by lorry in Tipperary
QUIZ: Can you name all the US States that contain 8 letters?
You may also like
14 hours ago
2022 looks like it will finally be Hollywood’s big coming out party
16 hours ago
The spiritual successor to Roger Rabbit and 7 more movies and shows to watch this weekend
1 day ago
Netflix has just quietly added 12 big movies to its library
1 day ago
Derry Girls fans in bits following emotional season finale
2 days ago
Full update revealed on all future Star Wars movies and shows
3 days ago
Amazon Prime Video has just added 21 big movies to its library
Next Page