The best Star Wars video game of all time is coming back.

There were several headlines emerging from the PlayStation Showcase event earlier this week – a remastered edition of Alan Wake, Thor showing up in God of War Ragnarok and the stunning-looking sequel to Marvel's Spider-Man among them.

What caught our eye the most, though, was the long-rumoured, finally-confirmed news that Star Wars: Knights of the Old Republic is getting a high definition remake. 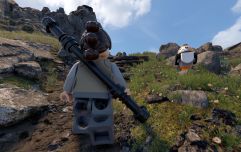 END_OF_DOCUMENT_TOKEN_TO_BE_REPLACED

The teaser clip above looks and sounds pretty but it doesn't really tell us much, nor is there an announced release date the time of writing.

All we know is that having first emerged on Xbox in late 2003, KOTOR will live again, this time exclusively on PlayStation 5.

Trust me, dear reader, this is a very exciting development.

END_OF_DOCUMENT_TOKEN_TO_BE_REPLACED

The story in question is an excellent one, to the point that the recent cinematic trilogy probably should have just opted to do a big screen adaptation instead of the awkward mess that we got instead.

One doesn't wish to spoil too much because there are notable twists and turns that are worth playing through for many hours to unlock. 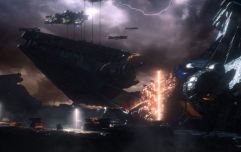 END_OF_DOCUMENT_TOKEN_TO_BE_REPLACED

The basic gist is that you play as a mysterious figure with no memory of their past. After escaping a crashing ship, you travel around the galaxy, visiting exciting – and dangerous – new worlds and putting together a crew of your own, all the while facing down a most violent date with destiny in the form of the villainous Darth Malak.

Sounds cool. What kind of game is it, though?

Primarily a role playing game, one reminiscent of the Final Fantasy series in both a narrative and gameplay sense.

Combat is turn-based, but has a nice weight to it. Dialogue options are plentiful and well-written. The universe feels huge and is peppered with fan-friendly Star Wars lore.

What makes it really stand out?

It's fairly commonplace in RPGs nowadays and while KOTOR didn't necessarily invent the concept, the application of a 'light versus dark' system is a masterstroke. Basically, you can choose to play as the ultimate hero or embrace evil.

Again, fairly standard practice for a decent game of this genre but KOTOR excels here thanks to brilliant writing and believable reactions to your behaviour.

What's more, your character's avatar comes to slowly reflect your decision-making, reflecting as either an angelic beacon or a scarred, twisted visage.

You get to build your own lightsaber and it's tremendous fun doing so.

Even just seeing that thing in action as you become more of a skilled warrior feels like a deeply-earned reward.

The world-building is glorious, as are the characters than inhabit it. Your party is diverse, with unique backstories and unfinished business of their own. You'll come to love them, even if they may come to fear you.

In addition, it's just a really smart use of the Star Wars licence, incorporating familiar elements and designs while creating a rich, endless universe of its own. Music and art direction is also top tier, even back in 2003.

The promise of a fresh coat of paint and, one presumes, more refined gameplay mechanics means that whenever the KOTOR remake does arrive, it should prove essential for both diehard fans and newcomers alike.

"With Star Wars: Knights of the Old Republic – Remake, our hope is to give both series newcomers and long-term fans an experience that can live alongside the very best modern releases," notes a Sony missive.

"We’re rebuilding it from the ground up with the latest tech to match the groundbreaking standard of innovation established by the original, all while staying true to its revered story."

It really is a can't-miss prospect. So don't miss, please. Cheers.

popular
The JOE Friday Pub Quiz: Week 324
The "eighth best movie ever made" is among the movies on TV tonight
Irish woman selected for first civilian mission around the Moon
New country-wide weather warnings issued as temperatures set to drop to -6 this weekend
Jennifer Lawrence sparks controversy by saying she was the first woman to lead an action movie
The start of the superhero takeover of Hollywood is among the movies on TV tonight
Mia Khalifa claims seaside town is better than Miami
You may also like
1 week ago
The latest Star Wars episode is directly based on an IRA funeral
2 months ago
WATCH: Andor creator on bringing together Star Wars and Succession
5 months ago
WATCH: Irish star of Rebel Moon gives update on Zack Snyder's upcoming epic
6 months ago
Liam Neeson officially returning to Star Wars as Qui-Gon Jinn
6 months ago
5 reasons to watch Obi-Wan Kenobi on Disney+ right now
6 months ago
EXCLUSIVE: Ewan McGregor and Hayden Christensen on reuniting on the set of Obi-Wan Kenobi
Next Page