'Tis the season for Ballymaloe cranberry sauce! Traditionally eaten with roast turkey and ham at Christmas, this year Ballymaloe Foods expect to sell 100,000 jars of its traditional Cranberry Sauce in December alone. 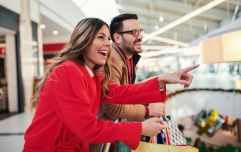 END_OF_DOCUMENT_TOKEN_TO_BE_REPLACED

For recipes and tips visit Ballymaloe Relish on Facebook or follow @BallymaloeRelis on Twitter. Ballymaloe Cranberry Sauce is available now in SuperValu and Tesco at an RRP of €2.99*...

To be in with a chance of winning a delicious hamper, simply answer the question below.

*Please note, retail price may vary depending on the retailer 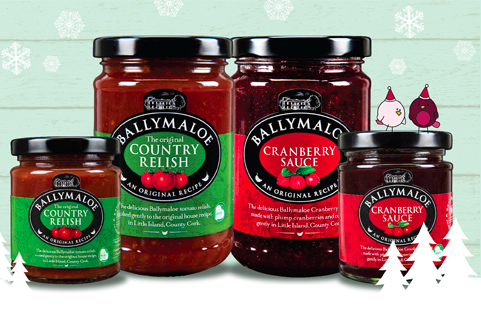 House of Rugby Ireland · Quinn Roux on finding a home in Ireland and Mike McCarthy brings the absolute HEAT!
popular
Man arrested and charged for breaching Covid regulations in Kildare
The 50 most iconic songs of all time* have been revealed
QUIZ: Name all the countries of the EU that contain 2 vowels or less
This hidden Back to the Future 'mistake' has a subtly brilliant explanation
Joe Biden inauguration rehearsal paused as Capitol building goes into lockdown
QUIZ: Can you name the Marvel Cinematic Universe film from just a single screen shot?
QUIZ: Can you name all the teams in the NBA from their locations?
You may also like
3 weeks ago
The JOE Music Quiz: Christmas Special
3 weeks ago
QUIZ: Can you guess the Roses chocolates without their wrappers?
3 weeks ago
QUIZ: Can you identify the Christmas song from the lyric?
3 weeks ago
QUIZ: Name the counties where these Irish towns are located, Christmas edition
3 weeks ago
Here are all the movies on TV this Christmas Eve
3 weeks ago
People who arrived in Ireland from the UK after 11 December should eat Christmas dinner in their room – HSE
Next Page