There's a Twilight Zone / Outer Limits parallel universe version of the world we live in now, except in that one Bernie Sanders won the Presidential election and everything is just swell, day in day out.

While Hilary Clinton hit road-bump after road-bump while duking it out with Trump, most people believe that if Sanders had been the democratic nomination for the presidency, he would've won it hands down.

While that isn't the world we actually get to live in, we are about to be on the receiving end of a pretty close second, as Mr. Sanders himself is about to grace our green isle with his presence. 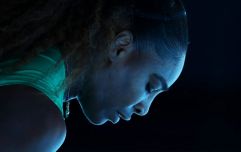 END_OF_DOCUMENT_TOKEN_TO_BE_REPLACED

On 4 June, he will be part of a special event in the Bord Gais Energy Theatre in Dublin, presented by the Dalkey Book Festival.

He'll be interviewed on stage by Irish economist and author David McWilliams, explaining his alternative vision of America and the world, which he wrote about at length in his best-selling book Our Revolution.

You can soon get your tickets to An Evening With Bernie Sanders here, starting at €15 a pop, and just in case you needed a reminder as to why he is a living legend:

Clip via CBS This Morning

popular
Gardaí warning people not to make unnecessary journeys in anticipation of Storm Barra
Man dies after being attacked by newly calved cow in Mayo
Carlow woman banned from keeping animals for life after starving dogs to death
This new rom-com about writing a Christmas #1 is absolutely going to make you cry (in a good way!)
"Danger to life" risk with Storm Barra "weather bomb", warns Met Éireann
A terrific crime thriller is among the movies on TV tonight
An underseen Keanu Reeves adventure is among the movies on TV tonight
You may also like
1 week ago
Landslide, earthquake, 'huge dump of snow' and female Taoiseach predicted for Ireland in next three years
2 weeks ago
TD Paul Murphy accuses Goverment of "sleep-walking" country into a Christmas lockdown
3 weeks ago
Taoiseach says he does not anticipate lockdowns over Christmas this year
1 month ago
"I won't be reading it." Donnelly responds to claims Taoiseach lost faith in him in new book
1 month ago
WATCH: David Attenborough delivers emotional speech on climate emergency
1 month ago
'We have to be careful' – Ministers address possibility of further restrictions
Next Page