40 years after creating it, an Irishman is on the verge of bringing out an innovative boardgame

It's Connect Four but on a whole new level.

40 years ago, Irishman John Dunne invented a board game that he called 4tec.

But, as he puts it himself, "the highly unpredictable thing called life" got in his way, and made it so that the game could not be released. 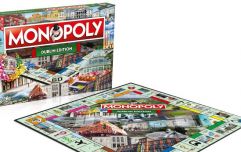 END_OF_DOCUMENT_TOKEN_TO_BE_REPLACED

The game is simple. To win you need to get four counters in a row, in any direction, horizontally or vertically. So it's like Connect Four with a whole new dimension.

Matter of fact, it looks quite a bit like the chess game they play in Star Trek.

Despite being able to sell a number of copies throughout the years, Dunne was unable to sell the game on a big scale.

But now, Dunne has now set up a Kickstarter campaign to try and raise enough funds for the game to be mass produced.

There are a number of different rewards for pledging to the Kickstarter campaign, which are:

€25 - You will receive the game and will not be required to pay a shipping fee, but there are only a number of slots available for this one.

€30 - Same as the above, but there are an unlimited amount of slots available. 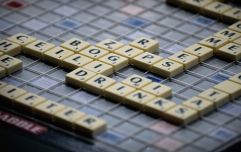 END_OF_DOCUMENT_TOKEN_TO_BE_REPLACED

€50 or more - Take this option and we will send you two copies of the game and pass on savings to you. For every extra game you would like simply add €20 to your pledge.

The purpose of the Kickstarter is to help Dunne buy the screen printed shelves, which are pivotal to the game.

If you're interested in playing 4tec, you can purchase the game on the official Kickstarter site here.

The Big Reviewski || JOE · The Big Reviewski with Y: The Last Man, that Malignant ending & a secret streaming service
popular
Irish pubs and nightclubs could be given 6am closing time after 22 October reopening
Here's the line-up for this week's episode of The Late Late Show
Fuel prices set to rise in Budget 2022
What can you actually do if someone tries to pay you with a bucket of coins?
Marc MacSharry sticks the boot into Micheál Martin on his way out the door
Simon Harris is absolutely not having any of these leak accusations
The 50 most iconic songs of all time* have been revealed
You may also like
3 years ago
Ranking every Guess Who character from least to most horny
3 years ago
Turns out we've been playing Monopoly incorrectly for our entire lives
3 weeks ago
Irish actor's recounting of the "worst day" of his professional life is hilarious
3 weeks ago
Belfast man ranked as one of Tinder's seven most successful UK singles
4 weeks ago
Why improv comedy is the exact night out we all need right now
4 weeks ago
Banshee Bones are back for good and this time they will be available all year round
Next Page