We continue our look at some of Brazil's finest musicians with a glimpse at the life of one of the country's most famous musicians, João Gilberto.

END_OF_DOCUMENT_TOKEN_TO_BE_REPLACED

Gilberto is most famously known for his prominent role in creating the Bossa Nova style, bringing it up from its Samba roots and into the mainstream. The genre of Bossa Nova , which means "new trend" in Portuguese, was most prominent in the 1950s yet it remains one of the most popular styles of Brazilian music around the world. JOE had some of his tunes playing on Spotify today and we couldn't help tapping our foot along.

Like most musicians, Gilberto joined his first band at a young age, but his wild personality led to frequent clashes with his band mates. He defied his father's wishes to go to college when he moved to Bahia's capital city, Salvador , where he earned a living singing on the radio. His distinctive low-pitched and soft-toned voice proved to be a hit. His talents were noticed by a group of the country's top-singers , the vocal quintet Garotos da Lua, so they asked him to join the band in Rio de Janeiro.

Despite frequently recording songs, his seven years in Rio were disappointing as he never settled in the city and was frequently a "permanent guest" in his friends' homes. Alcohol and depression stifled his undoubted talent, however, he rediscovered his mojo when he moved to Porto Alegre. It was here in the south of Brazil where he created the Bossa Nova genre. In 1959 he released his first LP, Chega de Saudade, launching his career and the Bossa Nova movement.

END_OF_DOCUMENT_TOKEN_TO_BE_REPLACED

This album was followed by two more in 1960 and 1961 and, by this stage, his distinct style was already starting to influence North American jazz musicians like Charlie Bird and Stan Getz. Gilberto moved to the US in 1962 and the pairing collaborated on one of the best-selling jazz albums of all time, Getz/Gilberto.

This was a highly-creative period for the singer as he released five critically-acclaimed albums before returning to Brazil, recording five more. His finest moment arrived in 2000 when he received the Grammy for Best World Music Album for Joao Voz E Violao. 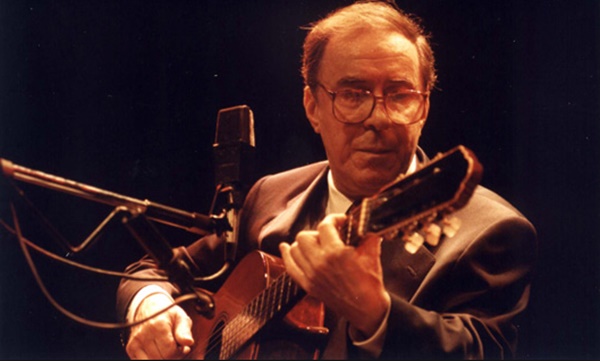 A famous recluse, Gilberto regularly refuses interviews and has on occasion walked out on performances due to poor acoustics or a talkative audience. The iconic singer has recorded 34 albums in 53 years and he continues to play in front of sold out audiences around the world.

popular
QUIZ: You'll do well to get 100% in this General Knowledge Quiz
25 years ago, Sylvester Stallone delivered his best performance in a hard-hitting crime drama
QUIZ: How well do you really know Irish weather?
Applications for this year's Late Late Toy Show are now open
The new Garda uniform has finally hit the streets
Disney+ has just added 10 big movies to its library
QUIZ: Can you get 10/10 in this Irish sayings quiz?
You may also like
1 week ago
Family of Ashling Murphy share heartbreaking tribute at Fleadh Cheoil
1 week ago
Lewis Capaldi and Niall Horan busk together on the streets of Dublin
2 weeks ago
Taylor Swift responds after report claims she has the highest celebrity private jet emissions
2 weeks ago
The JOE Friday Pub Quiz: Week 305
2 weeks ago
Everything you need to know ahead of All Together Now this weekend
3 weeks ago
U2 to take up residency in new $1.8 billion Las Vegas arena
Next Page