"Where the f**k is everybody?"

In Part Two of Dan Murphy's trip to Turkmenistan, he gets lost on the deserted (but squeaky clean) streets of the capital city, Ashgabat, visits a five-star ghost resort, camps out at the 'Gates of Hell' and makes an impromptu appearance on Turkmen TV.

END_OF_DOCUMENT_TOKEN_TO_BE_REPLACED

Check out Part One here.

So I’ve just landed in Istanbul after a week in Turkmenistan - one of the least visited countries in the world and the strangest place I've ever been to.

There is no internet there and very little contact with the outside world, so I was greeted here in the Turkish arrivals lounge by about 500 WhatsApp messages (and a week’s worth of fairly pointless Facebook notifications). One such WhatsApp message was from Conor at JOE.

“Hey Dan, glad you made it back alive! Drop us a few words with your initial impressions of the place today and we will tie up the rest in a final piece next week.”

My initial impressions? Where the f**k is everybody? A question we would ask again and again in many other places around the country during the course of our trip.

We landed in an enormous, white, spotlessly clean airport in Ashgabat, only to find we were the only people there. After no less than six passport checks and a bit of questioning, we were off towards our hotel. 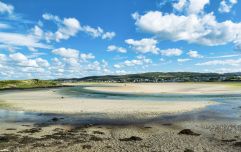 END_OF_DOCUMENT_TOKEN_TO_BE_REPLACED

The capital city of Ashgabat is a gorgeous, weird place. It holds the world record for having the most world records of any city anywhere in the world... including the title of ‘most marble buildings’ and ‘largest indoor Ferris wheel’.

Image is important to Turkmens. Their capital city follows a meticulous colour scheme of white, bright gold and dark green. One of the more bewildering laws in place here is the outlawing of any cars that don't fit the colour scheme. If you own a black car, sorry, you'd better get it re-sprayed. The buildings, the cars, the monuments and even the numerous street cleaners that spend their days scrubbing the marble footpaths are dressed in green and gold.

Needless to say, the streets are spotlessly clean, and they’re adorned with numerous golden statues of President Turkmenbashy. 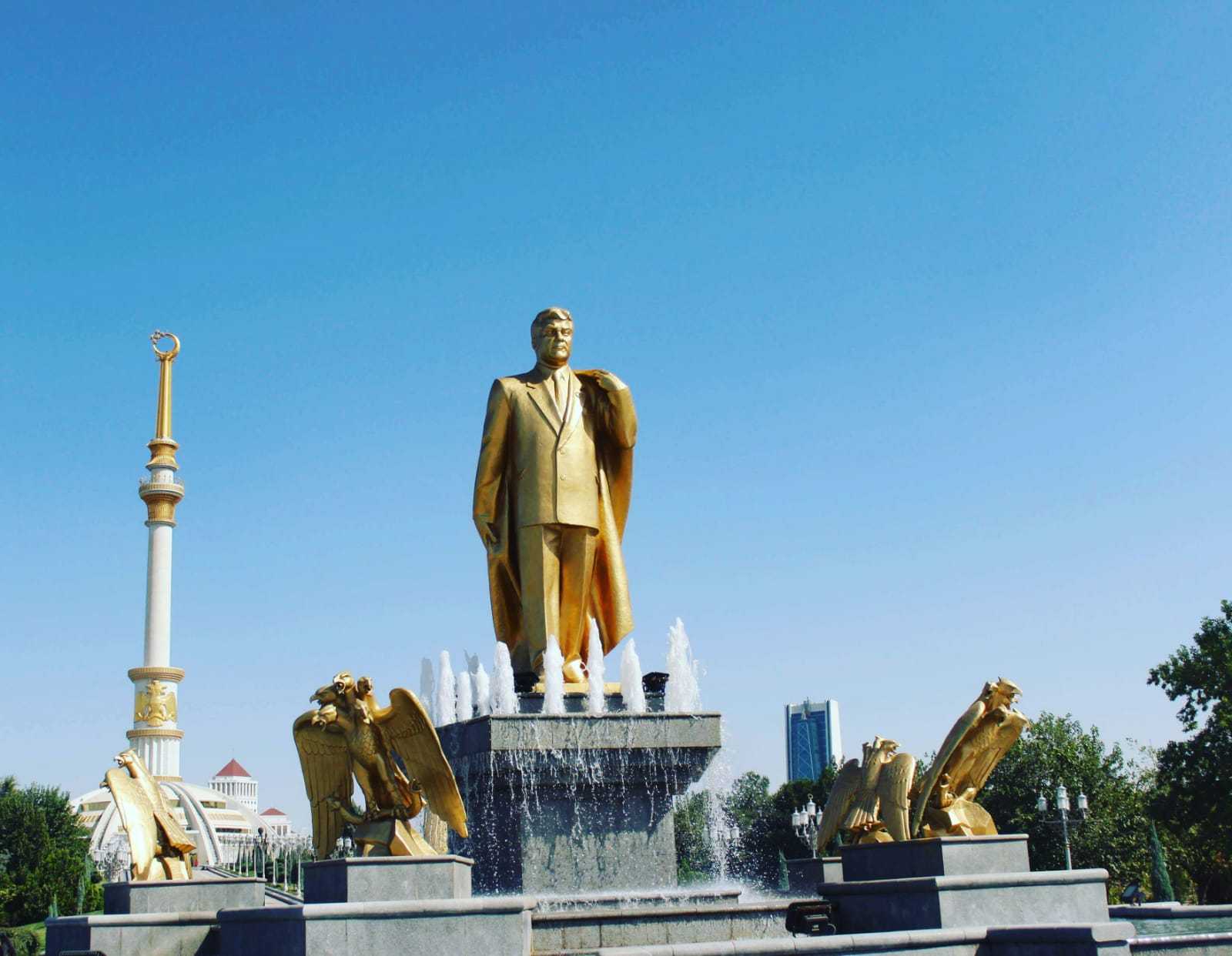 END_OF_DOCUMENT_TOKEN_TO_BE_REPLACED

The President passed away in 2007 but is regarded as the eternal leader of Turkmenistan, and his eyes are everywhere. Men in black with earpieces can be found on most streets and even bugging hotel rooms is not unheard of, for speaking ill of the eternal leader is a serious crime. The streets are typically fairly empty, but even more so at night as there is a curfew in place. A traffic jam is not something you will see at any time of day in the capital.

Despite these oddities (of which there are many), beneath the hard exterior are some of the most friendly people I've met anywhere in the world. Turkmens have a warm way about them. On my last day, I got lost wandering around Ashgabat. Taxis are almost non-existent, so I was left roaming around the place aimlessly in heat of 30 plus degrees.

I had my phone out trying fruitlessly to get Google maps working when a couple of soldiers nearby started blowing whistles at me. It’s illegal to take photos of most buildings in Ashgabat so I put the phone away and rushed on. Worst-case scenario, the curfew kicks in after dark so I would be arrested, questioned incessantly and eventually brought back to my hotel. But failing that, hitch hiking is fairly common in Soviet countries and it's regarded as pretty safe so I stuck the thumb out and was picked up by a man and his son within minutes. They drove me back to my hotel and were mortified when I tried to offer them cash (Lads, if ye are reading this, thanks a million, it was roasting out). 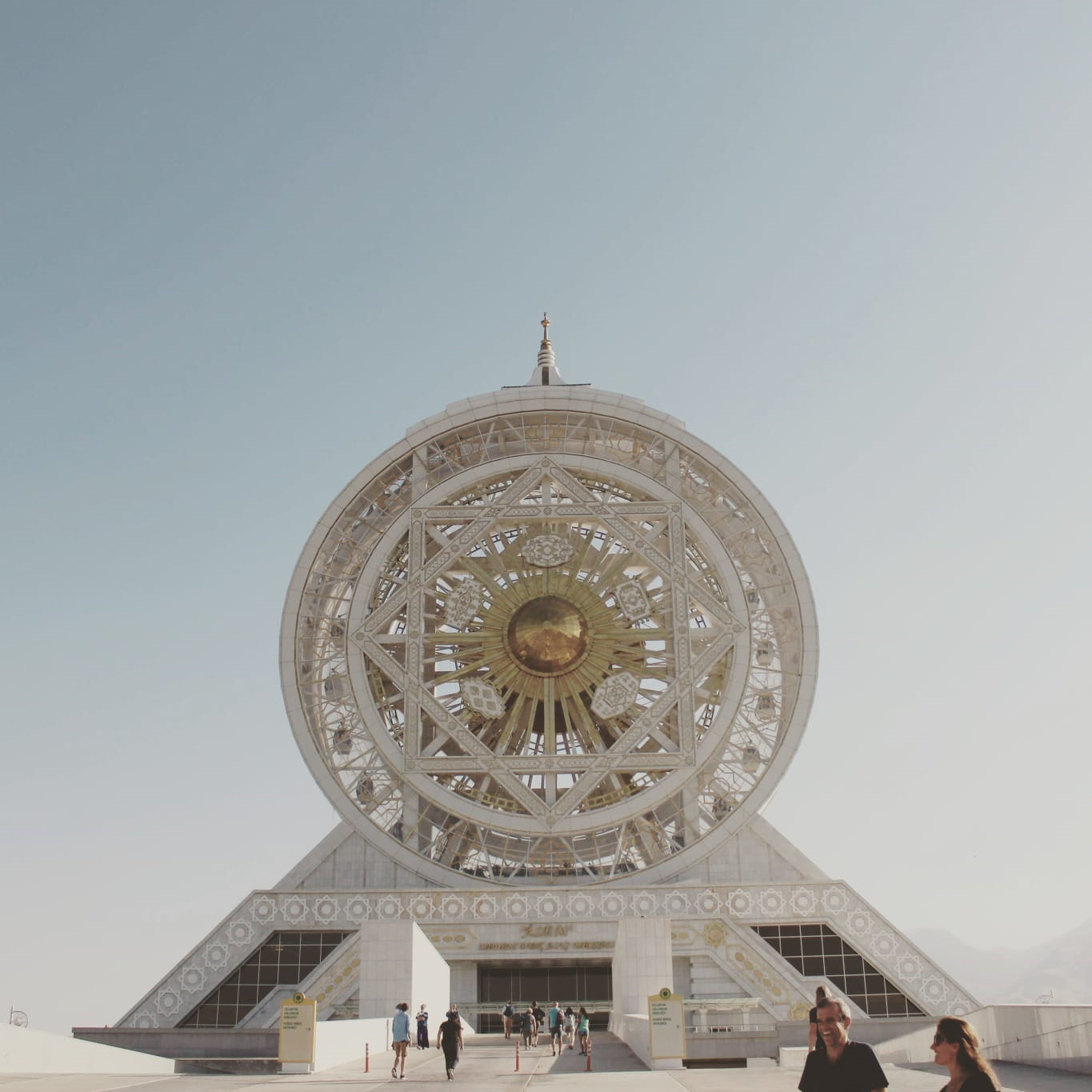 Reading this back, I'm imagining people have a lot of questions. ‘Why are the streets empty?’ ‘Where is everyone?’ ‘Was your room bugged?’ ‘What's Tinder like over there?’

And, to be honest, I don't think I know the answers yet. I'm still digesting the whole experience, the strange idiosyncrasies and the general mystery of it all. I will try to tackle that next week when I tie up this whole thing. One day, we even got a secret service escort to Ashgabat horse races and ended up on Turkmen television – but I want to be safely back in Limerick before I even attempt to write an article about that experience.

So, before I come back to that next week, aside from the marble cities and men in black, I can safely say that Turkmenistan is a geographically stunning place. We visited one of the world’s most impressive canyons that is virtually unknown, even amongst Turkmens.

And a tour highlight (and honestly one of the most amazing things I've ever seen) was Darvaza Crater, AKA the Gates of Hell, a 240-foot flaming gas crater out in the middle of the desert. We took 4x4s out there and camped under the stars for the night.

To wrap up the trip, we spent a few nights in a place called Avaza – it's a five-star beach resort that can only be described as a ghost town. Picture a huge complex full of luxury hotels with neon lights and valet parking. All open and fully staffed, just no guests...

I think I'm even more bemused about Turkmenistan now than before I went. But there’s a kind of beauty in that. Knowing that there are still places in the world in this day and age that are so different that they literally cannot be made sense of by a man from Limerick.

I'll be back next week with my third and final instalment about the rest of the crazy goings on from this trip.

For anyone interested, my company Global Village Tours will be returning to Turkmenistan next year with three tours running in April, June and September.

Tune in for the third and final part of Dan's trip to Turkmenistan on JOE next week.

popular
The JOE Friday Pub Quiz: Week 242
Kate O'Connell lays into Fine Gael in explosive Claire Byrne interview
Penneys shopping by appointment booking portal is now live
Status yellow rain warning issued for Cork and Waterford ahead of miserable-looking weekend
Brawl erupts between Floyd Mayweather and Jake Paul at press conference
Sunday Independent terminates columnist's contract after discovering fake Twitter account
Sudocrem to close Dublin plant and move production to Bulgaria
You may also like
1 day ago
Simon Coveney says international travel could return as early as July
1 week ago
International travel moves closer after European Parliament votes in favour of introducing EU Covid-19 certificates
1 week ago
TFI Leap Card Top-Up App finally available on Apple devices
2 weeks ago
Ryanair describes Ireland as "failed outliers of Europe", calls for roadmap for reopening EU travel
2 weeks ago
Everything we know so far about vaccine passports: What are they and will you need one?
3 weeks ago
The Maldives is hoping to welcome back tourists by offering vaccines on arrival
Next Page