While Beyonce does manage to get in at a close second, the actual top earning celebrity for the last twelve months is someone we weren't expecting at all.

The definition of "celebrity" is covering all of the bases, with sports stars, authors, singers and DJs all getting mentioned, but some of the names mentioned here seem to have amassed their fortune from outlets other than, y'know, entertaining.

So, according to Forbes, and in reverse order, here are the Top Ten Celebrity Earners for the last last year (before tax, obvs):

Basketball player for the Cleveland Cavaliers, who then promptly got their first NBA title in 2016. He has since signed a three-year deal which will net him (sports joke!) over $100 million.

Author of about a bajillion novels, he currently is working on a thriller co-written by none other than former President Bill Clinton.

Feels like a bit of a cheat, since there's four of them, but whatever. They apparently made around $5 million per city for their Head Full Of Dreams tour, which is still on going right this moment. 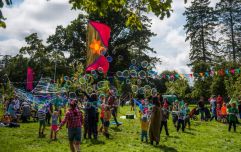 END_OF_DOCUMENT_TOKEN_TO_BE_REPLACED

Not hugely well known on this side of the Atlantic, Stern is a mainstay in the U.S. radio scene, and is widely loved/hated for his controversial approach to several taboo topics. So kinda like George Hook, but with more swearing.

One of the most streamed artists in the game at the moment (over 5.5 billion plays and counting), plus he had a massive tour which seen him make over $1 million per night.

FIFA's Player Of The Year for the fourth time, a $50 million deal with Real Madrid, and a lifetime contract with Nike which is rumoured to be worth in excess of ONE BILLION DOLLARS once all is said and done.

Deals with Apple, Sprite, Nike. A world tour. The single most streamed artist of the last twelve months. One or two albums in there, too. Keeps busy, does our man Drake. 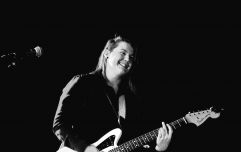 WATCH: Meet Lucie Ashmore, a young Irish musician who reinvented herself in the US

END_OF_DOCUMENT_TOKEN_TO_BE_REPLACED

The theatrical version of Harry Potter & The Cursed Child is sold out until well into 2018, the novelised version was the most sold book of 2016, and she wrote the script for Fantastic Beasts & Where To Find Them.

Lemonade was released in 2016, followed promptly by the world tour, which by itself made over a quarter of a billion dollars, from which Queen B got a nice slice.

He made a deal with Diageo for their Ciroc vodka, he had a massive tour in the States with the Bad Boy Family Reunion, and he sold off a third of his Sean Combs clothing line which is valued at over $200 million.

Clip via The Notorious B.I.G.


popular
Tesco make changes to their delivery system to favour elderly and in need customers
Here's Week 27 of JOE's 19 in 90 quickfire quiz
Someone in Ireland is €311,413 richer after Wednesday's Lotto draw
QUIZ: Can you name all of these characters from Love/Hate?
Gardaí set up checkpoints on major roads across the country to stop Easter travel
Google announces Stadia Pro is now available free for two months
Trump says WHO "called it wrong" on coronavirus
You may also like
3 weeks ago
Glastonbury 2020 has been cancelled
4 weeks ago
Snow Patrol and Lewis Capaldi join Rage Against the Machine as headliners for Electric Picnic 2020
1 month ago
Kings of Leon to perform in Dublin this summer
1 month ago
Artists like Dave and Stormzy are leaving a legacy that no other modern artist can compare to
1 month ago
Foo Fighters are touring this summer and an Irish gig is looking very likely
2 months ago
Dublin venue to host a belting evening of non-stop Bruce Springsteen tunes this month
Next Page