Here's which counties are most happy with their county council

A new report has shown how a number of counties and constituencies feel about their county council.

Limerick are at the very top, with 69% of people asked claiming to be happy with the service that their council provides.

END_OF_DOCUMENT_TOKEN_TO_BE_REPLACED

Tipperary comes in at the bottom of the survey conducted by The National Oversight and Audit Commission’s Local Authority Satisfaction Survey, with only a 40% satisfaction rating.

The average satisfaction rate is 53% among the 10 constituencies asked.

Here are the results in full: 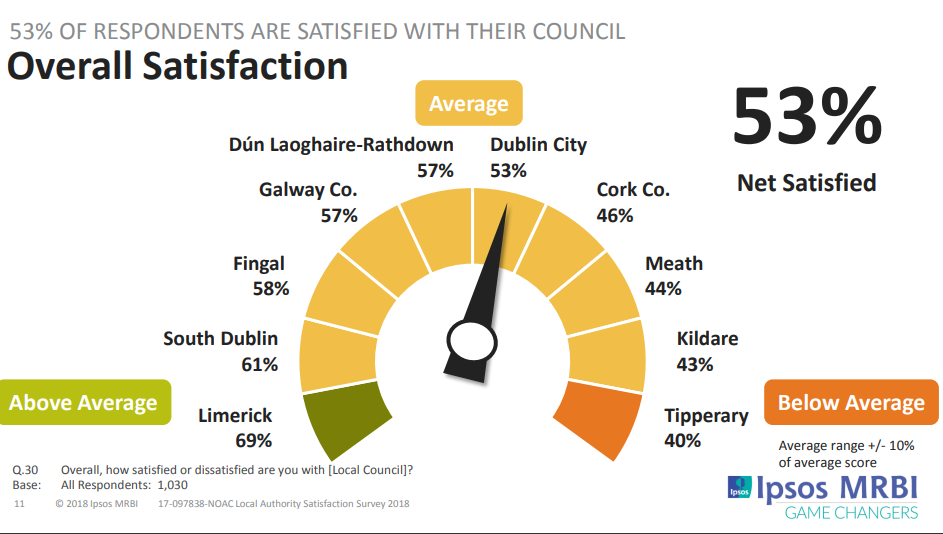 The same report also found that housing was identified as one of the most important services, just 25% of respondents are satisfied with the affordability of housing in their area. 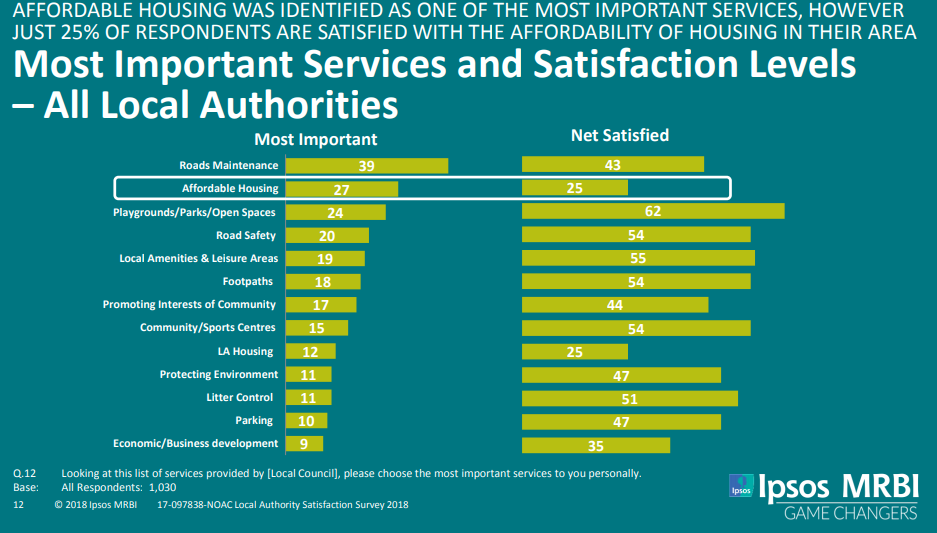 Speaking to the Limerick Leader, The Mayor of Limerick has welcomed the news, saying: “It is yet another reflection of just how far Limerick has travelled over the past half-decade.  Almost week in, week out we have an acknowledgement or recognition of some sort about the progress being achieved here. Across ever sphere Limerick is raising its game and the local authority is certainly providing a great lead, as this survey shows.”