JOE's favourite TV theme tunes you might remember from your childhood

Whether you though Pugwall had a better band than the lads from California Dreams or not, you have to admit they made some great tunes

In JOE's humble opinion, this has been one of the toughest and most difficult articles that we've ever done, and has taken a huge mental toll on us. Leaving out some truly fantastic theme tunes such as Earthworm Jim (we learned all the words on our mid-term break once), Dogtanian and Sister, Sister was not easily done, and it was with a heavy heart that we had to cast them aside.

Still, we stand over this list, and we apologise in advance that you will be singing all of these songs for the rest of the day.

Saved By The Bell 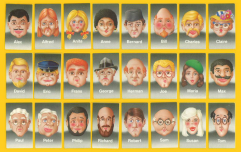 END_OF_DOCUMENT_TOKEN_TO_BE_REPLACED

A no-brainer this one, we would rush home every day to make sure we were back to see the latest goings on with Zack and Kelly (hoping that maybe, just maybe she'd ditch him for us) and the latest high jinx from Screech and his robot. We also wanted one of those giant phones quite badly. Notable mention to the theme tune to College Years too, which was a great intro, but not good enough to paper over the cracks of what was an incredibly poor concept for a TV show.

We were mightily impressed that a kid of Pugwall's age was able to come up with a tune that could stand the test of time quite like this classic. We're presuming Marmaloid helped him somewhere along the line. 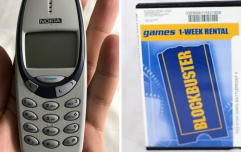 21 problems that kids today will never have to struggle with

END_OF_DOCUMENT_TOKEN_TO_BE_REPLACED

Technically this wasn't a real TV show (at the very least we will say it was a meta-show), but we'll be damned if this isn't one of the best theme tunes to anything, ever. A truly cromulent song, it really embiggens the heart to hear it.

This show is best remembered for its theme tune, and we're finding it more difficult to remember anything else about it. Still, cracker of a tune.

Julie broke down barriers for females in sports around the world with her 'Never Say No' attitude when those squares at the high school didn't want a girl on the basketball team, but she proved that she had skills to pay the bills on the court.

Need we say more? We still know all the words to this, don't even challenge us on that. You will lose.

Not but last week JOE spotted a show in the TV listings entitled 'California Dreaming', and couldn't have been more disappointed when we discovered that it wasn't about this brilliant show. We wish we were as cool as Jake.

This makes the list based almost solely on the second 'Bond' after they sing 'James Bond Jr.' Also the repeated use of the word 'scum' is a brave opening gambit for a children's TV show, so that makes it a shoe in for the list.

Iconic barely covers how brilliant this theme tune was, this one will definitely be lodged in your brain for the day.

I. Put the screw. In the tuna.

popular
Harry Styles hits back at critics who told him to be more 'manly'
The JOE Friday Pub Quiz: Week 220
The JOE Movie Quiz: Week 80
The 50 most iconic songs of all time* have been revealed
What the hell is 'Stomp and Holler', and why does Spotify insist that you love it?
Status Yellow snow warning issued for five counties
Here's Week 58 of JOE's 19 in 90 quickfire quiz
You may also like
1 year ago
A scene by scene analysis of the most uncomfortable moment in Come Dine With Me history
2 years ago
QUIZ: Can you identify the 90s TV show from a single image?
2 years ago
QUIZ: Can you remember the names of these minor TV characters from the 90s?
3 years ago
Were you there? We look back at the Throwback Stage from this year's Electric Picnic
3 years ago
QUIZ: Can you identify the Throwback cartoons from a single image?
3 years ago
The best bits of growing up as a 90s kid
Next Page