PIC: Irish fella on his stag party learns the dangers of tan lines before a wedding

Many people believe that the problem with having stag parties abroad is that there's a chance one of the party won't make it home at the end of it.

But for Irish stags, there's a far more straightforward problem to deal with for much of the people involved.

Galway castle makes list of weirdest Airbnbs in the world

END_OF_DOCUMENT_TOKEN_TO_BE_REPLACED

We're not used to the sun in Ireland and as such, many among our ranks can't quite cope with long periods of exposure to the golden rays of the orb in the sky.

Aidan Gannon from Athenry, Galway went on his stag party to the US and it's safe to say that he won't be forgetting it in a hurry, if this photo sent in by his mate Daniel Mullen is anything to go by. 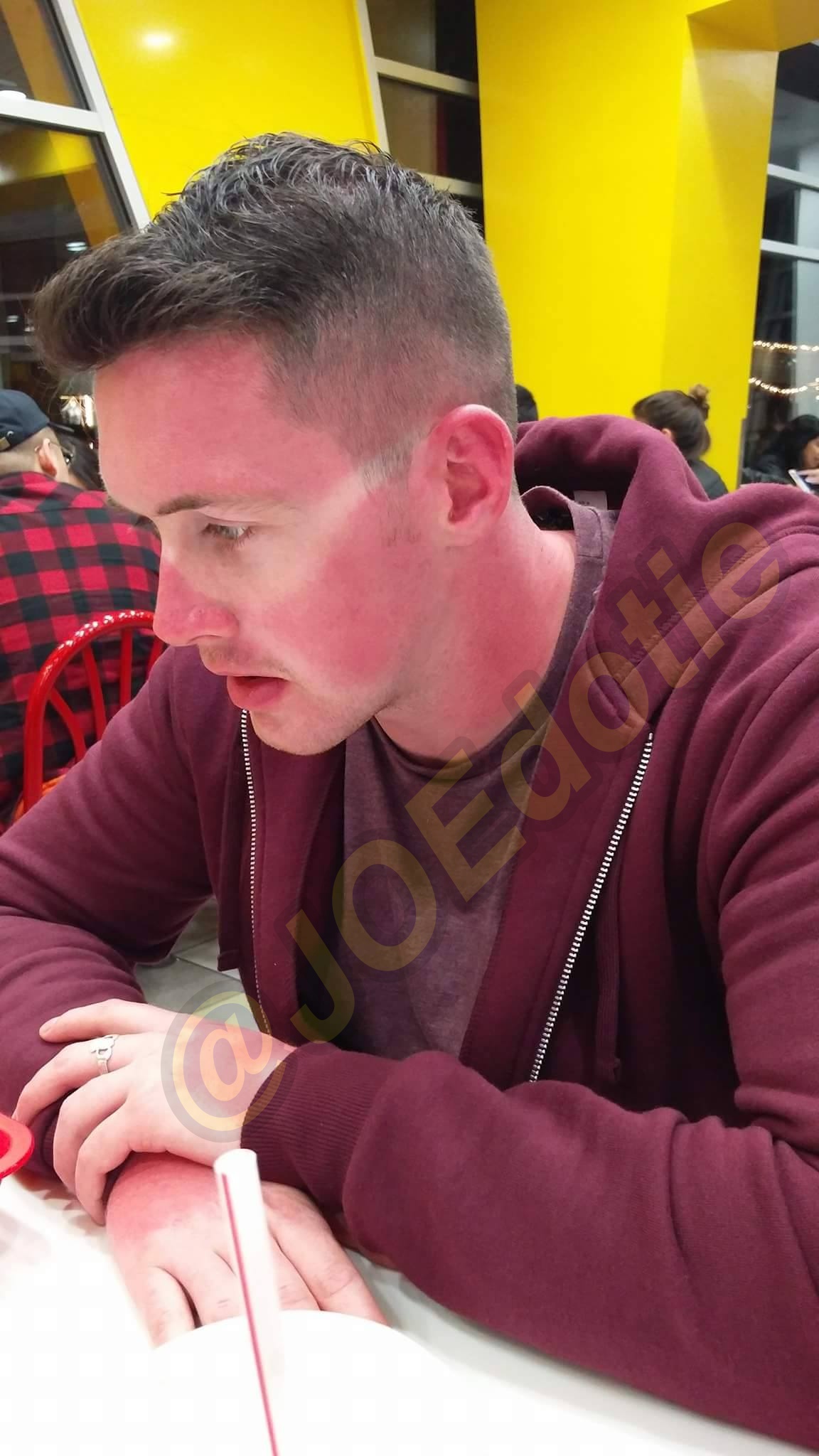 Speaking to JOE, Aidan told us that there's a group of seven of them on the stag and that each one of them is in a similar state because they're "a collective group of idiots".

In Aidan's defence, the lighting in the In N' Out Burger they're in is particularly unflattering, and doesn't do much to lessen the severity of the sunburn yet another pale Irish man has endured in a sunny country.

How did his other half take the photo?

"The bride-to-be already told me she'd have cancelled the photographer if it had been closer," Aidan said.

Luckily the pair aren't getting married until September so he will have plenty of time to even out that tan before then.

Cheers to Daniel Mullen for sending this our way.
Got a story for JOE? Hit us up on Facebook or Twitter, send it to our WhatsApp number 087-4001102 or mail editorial@JOE.ie.

popular
Amazon Prime Video has just added 16 big movies to its library
13 reasons why an employer can decline your right to remote working under new legislation
Neil Young wants Spotify to remove his music because of Joe Rogan podcast
The first entry in a long-running franchise is among the movies on TV tonight
UCD students provided with €30 gift voucher after toilets were contaminated with wastewater
QUIZ: We bet you can't get full marks in this extremely frustrating geography quiz
Irish fishers to peacefully disrupt Russian military exercises off coast of Cork
You may also like
1 day ago
FREE NOW experiences busiest January day ever following easing of restrictions
1 week ago
Over 90,000 dwellings in Ireland are vacant
1 month ago
Man in his 70s dies following two vehicle collision in Galway
1 month ago
Gardaí warning people not to make unnecessary journeys in anticipation of Storm Barra
1 month ago
Met Éireann issues Orange weather warnings for five counties ahead of Storm Barra
1 month ago
Vodafone launches same-day repair for smartphones in Dublin, Cork, and Galway
Next Page