A Sky News presenter messed up Leo Varadkar's name so badly that it warrants rewinding 1,000 times

Irish spelling and pronunciation can be tricky to get right for those not from here. Words like Dáil, Mícheál and Caoimhe often leave non-Irish totally flummoxed that such letters even go together.

Sure the whole of the US can't even pronounce Saoirse Ronan's name, and she's on her third Oscar nomination.

But, as much as we'd like it, it doesn't seem like brutal butchering of Irish names and words is going anywhere soon. But we do sometimes feel appreciative, because it brings us moments of pure joy – like this. 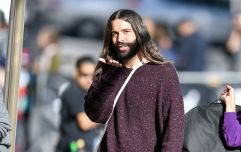 END_OF_DOCUMENT_TOKEN_TO_BE_REPLACED

Sensational. We think it could catch on.

Spotted by Sean Judge on Twitter, a Sky News television presenter got herself into a bit of bother while attempting to pronounce Taoiseach Leo Varadkar's name and profession live on air.

The presenter is noticeably struggling with the thought of the upcoming three words, but by God, did she give it a go.

If this isn't the best thing you'll see today, then we'll get you a T-Shake the next time we see you.

popular
The JOE Friday Pub Quiz: Week 331
New Netflix series deserves to be as big as Stranger Things
QUIZ: JOE's Big News Of The Day Quiz #39
Couple left mortified after best man delivers incredible punchline during speech
Forspoken breaks the golden rule of gaming... and not in a good way
BBC apologises after calling Paul Mescal 'British' in Oscar coverage
Netflix has just added one of the best sci-fi movies of recent years
You may also like
4 weeks ago
Housing crisis "holding us back as a country", says Leo Varadkar
4 weeks ago
Covid booster vaccine now available to everyone aged 18 to 49
1 month ago
Leo Varadkar says he'd rather resign than go into coalition with Sinn Féin
1 month ago
The full list of Irish ministers after the big Government reshuffle
2 months ago
"Don't know what you're talking about" – Leo Varadkar blasted for 'grass looks greener' emigration comments
2 months ago
Support drops for Sinn Féin in latest public opinion poll
Next Page