“Move back there and hit it again.”

With car insurance premiums on the rise and set to get even higher, Tuesday night’s Prime Time on RTÉ turned its attention to one of the reasons why motorists have to fork out so much money for insurance these days. 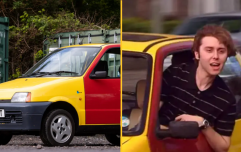 END_OF_DOCUMENT_TOKEN_TO_BE_REPLACED

Footage of two collisions, both filmed by the Gardaí, featured on Tuesday night’s show, including the one below, involving a car and a van in the dead of the night. After the collision, a car carrying two men arrives on the scene and the men get into the crashed car before emergency services are called to the scene.

The footage also shows the driver of the van that was rear ended by a car instruct the man who crashed into him to “move back and do it one more time”. The car then rams the van a second time.

It is the first time such footage has been seen and all of the people featured in the footage of the two collisions, except one, have been charged and convicted of offences.

Gardaí warned that allegations of such fraudulent behaviour will be fully investigated, and, where there is evidence of a crime having been committed, prosecuted.

Alarmingly, the programme revealed how the high level of payouts for whiplash and soft tissue injuries in Ireland is attracting people to fly into the country, hire cars and crash for the specific purpose of making a claim. Car rental Company Hertz gave several examples of how cars were crashed in suspicious circumstances within 24 hours of being hired by tourists. 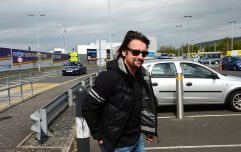 END_OF_DOCUMENT_TOKEN_TO_BE_REPLACED

There were also reports of a network of fraud rings operating in Ireland by criminals who use insurance fraud as a way of funding their lifestyle.

One fraud ring operating in Munster has claimed over €1 million in the last decade; the ring involves two families who have had more than 30 accidents between them.

You can watch Prime Time on the RTÉ Player here.

popular
The Toy Show DJ brothers have been offered their very first gig
Clint Eastwood's final western is among the movies on TV tonight
The JOE Friday Pub Quiz: Week 271
The full list of all the new shows and movies coming to Netflix in December
QUIZ: Let's get cracking with this General Knowledge Quiz
PCR tests to be required for all international arrivals to the UK
Ryanair's "virtue signalling" claims are indicative of Ireland's view on the Irish language
You may also like
2 days ago
Marvel's answer to Die Hard and 7 more movies and shows to watch this week
2 days ago
Who tweeted it: Simu Liu or Rahul Kohli?
5 days ago
The 10 must-watch new (and old) arrivals on Disney+ this December
1 week ago
WATCH: The kids are all grown up in the first trailer for the new South Park movie
1 week ago
The "next Game of Thrones" and 7 more movies and shows to watch this week
1 week ago
Disney+ reveals its Christmas movies and shows line-up
Next Page