For Day 9, we'll be looking back over 2003's incredibly violent psycho-thriller, Switchblade Romance.

END_OF_DOCUMENT_TOKEN_TO_BE_REPLACED

Okay, a few notes before we get cracking into this.

First of all, Switchblade Romance was also known as High Tension is certain parts of the world, so if you're looking for Switchblade Romance online via whatever credible streaming and/or rental service you might be using and can't find it, try the alternative title.

Secondly, do NOT get the dubbed version, get the original French-with-English-subtitle version. The dubbed version has distractingly bad American accents that very plainly do not match the performers' mouths, so avoid that version at all costs.

Thirdly, we fully expect half of you to absolutely love this movie, and the other half to absolutely hate it, because that is just the kind of movie that Switchblade Romance is, so be prepare for that.

END_OF_DOCUMENT_TOKEN_TO_BE_REPLACED

We kick off with two best friends, Marie and Alex, heading to Alex's parents house so they can study all weekend for upcoming exams. In the middle of the night, a stranger knocks on their door and promptly kills both of Alex's parents - in the most grisly and explicitly violent way imaginable.

Marie manages to evade capture, but Alex is taken by the killer and thrown into the back of his van, and Marie follows closely behind to try to save her friend from whatever fate the killer might have in store for her... 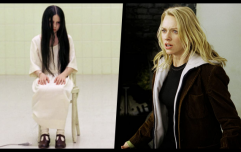 END_OF_DOCUMENT_TOKEN_TO_BE_REPLACED

To say much more than that would give the game away, but let us just say that Switchblade Romance is absolutely relentless in ratcheting up the tension (which, we guess, explains why it got that other title), and writer/director Alexandre Aja (The Hills Have Eyes, Piranha 3D, The 9th Life Of Louis Drax) comes up with some incredibly inventive ways to kill off any character that is unfortunate enough to cross paths with the nasty serial murderer at the centre of this story.

And then there's that ending...

Again, we're not here for spoilers, but it is one of those occasions in which you'll either be on board with where the movie is about to take you, or you won't and you'll hate the film for making you feel this way.

Like we said, love or hate. There are no shades of grey when it comes to Switchblade Romance. Just different shades of blood red.

popular
Six people dead after mass shooting at Fourth of July parade in Illinois
Netflix has just added 33 very big movies to its library
The full list of cancelled flights in and out of Dublin Airport on Monday (so far)
The JOE Movie Quiz: Week 161
QUIZ: It's time for one of our trickiest General Knowledge Quizzes yet
The JOE Music Quiz: Week 111
QUIZ: Can you get 100% in JOE's great big halfway through 2022 quiz?
You may also like
8 months ago
Eight people die at Squid Game Halloween party shooting
8 months ago
Irish costume shop criticised for selling Nazi uniform as Halloween outfit
8 months ago
Deputy CMO says people can trick or treat safely this Halloween if they take "basic precautions"
8 months ago
9 of the best horror movies on Netflix right now
8 months ago
Expect an unseasonably warm Halloween as temperatures to reach 17 degrees next week
8 months ago
COMPETITION: Win tickets to this Dublin haunted house party with free cocktails, food and a live DJ
Next Page