If you're looking for a properly brilliant two hours, here you go.

How do you know your movie is probably very, very good?

When none other than Leonardo DiCaprio announces he is going to star in the remake.

END_OF_DOCUMENT_TOKEN_TO_BE_REPLACED

That is the position that Another Round found itself in, barely months after it had been released in cinemas itself, and on the exact same day that the movie won Best International Feature Film at the 2021 Academy Awards.

It didn't find its way to cinemas in Ireland and the UK until early July 2021 (riiiiiight around the time everyone was actively avoiding cinemas), so chances are you missed it entirely when it did its big screen visit.

The movie tells the story of four teachers and good friends, all of whom have personal issues with their jobs and/or relationships, who decide to take part in their own little social experiment: they all agree to consume alcohol on a daily basis to see how it affects their social and professional lives.

END_OF_DOCUMENT_TOKEN_TO_BE_REPLACED

The cast is headed by the always-brilliant Mads Mikkelsen (Casino Royale, Hannibal), and is directed and co-written by Thomas Vinterberg, who had previously worked with Mikkelsen on 2012's equally-brilliant but far-more-upsetting The Hunt.

Vox - "By the end, Another Round is a truly wonderful movie about trying to come to grips with life, anchored by terrific performances, infectious music, and a real understanding of the humming discontentment that all adults must learn to navigate in their own ways. It’s the sort of comedy fused with tragedy that may just best represent what life really is: a melancholy, glorious, slightly off-kilter dance."

Consequence - "In a word, Another Round is intoxicating. Vinterberg elevates what could have been a mope-fest with a magnificently defiant tone and a powerhouse performance from Mikkelsen." 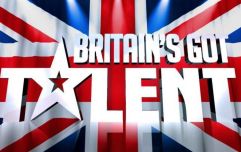 END_OF_DOCUMENT_TOKEN_TO_BE_REPLACED

The Wall Street Journal - "This is a movie about the joys of friendship, among many other things, and the possibility of change—for the better, not only for the worse, and not only through blood-alcohol adjustment."

Chicago Tribune - "While Another Round inspects the varying effects of alcohol on daily life, it’s far from clinical. Waves of ebullience, love, humor and sorrow crash on top of each other, as anyone who’s ever been overserved can attest to. It isn’t prescriptive about drinking, and doesn’t seek to impart any message other than that life is hard, and sometimes dark, and sometimes ecstatically beautiful."

Another Round is available to watch on Netflix right now.