Feeling like you've seen everything Netflix or Prime Video has to offer? Not a problem as JOE has compiled this list of the best movies airing on TV this evening.

Check out your options below.

In a self-destructing world, a vengeful Australian policeman (Mel Gibson) sets out to stop a violent motorcycle gang.

While slightly overshadowed by its bigger and more expansive sequels. the first Mad Max is still incredibly exciting.

Will Smith plays Hancock, a superhero whose ill-considered behavior regularly causes damage in the millions. He changes when the person he saves (Jason Bateman) helps him improve his public image.

Hancock's first half is quite fun before an abrupt tonal shift into less comedic territory. Although flawed, its unique take on the superhero genre makes it worth a look. 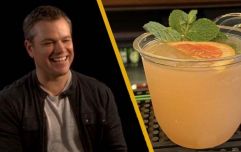 END_OF_DOCUMENT_TOKEN_TO_BE_REPLACED

A documentary crew in the Amazon Rainforest is taken hostage by an insane hunter (Jon Voight), who forces them along on his quest to capture the world's largest - and deadliest - snake.

A middle-aged husband (Steve Carell) has his life changed dramatically when his wife asks for a divorce. He seeks to rediscover his manhood with the help of a newfound friend (Ryan Gosling).

Also starring Emma Stone, this rom-com was a hit at the box office and with critics. 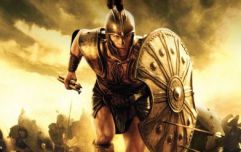 END_OF_DOCUMENT_TOKEN_TO_BE_REPLACED

To foil a terrorist plot, an FBI agent (John Trovolta) undergoes facial transplant surgery to assume the identity of the criminal mastermind (Nicolas Cage) who murdered his only son, but the criminal wakes up prematurely and seeks revenge.

Directed by the great John Woo, this glorious action flick sees two of Hollywood's best if most hammy actors out hamming each other.

The Tourist is a movie that doesn't really know if it's a thriller or a comedy and winds up sort of being neither. That said, the Venice setting is lovely.

In this comedy-drama from MCU favourite Taika Waititi, a national manhunt is ordered for a rebellious kid (Julian Dennison) and his foster uncle (the great Sam Neill) who go missing in the wild New Zealand bush.

A movie that will make you laugh hysterically and slightly tear up, fans of Waititi's other work like Jojo Rabbit and Thor: Ragnarok will love this.

The Big Reviewski || JOE · Matt Damon, Camille Cottin, Abigail Breslin and director Tom McCarthy discuss new drama Stillwater
popular
Met Éireann issues weather warning for entire country ahead of week of thunder and flooding
PICS: The man with the biggest penis in the world has one unbelievable problem with it
CMO says it's "important to remember" infections in vaccinated people doesn't mean vaccines don't work
The 50 most iconic songs of all time* have been revealed
Love Island hit with 5,000 Ofcom complaints over Teddy backlash
People think they've figured out the ranking of the viewers on your Instagram Stories
Leo Varadkar said he tried to be "extra careful" while attending Katherine Zappone's 50 person function at hotel
You may also like
1 day ago
The new version of The Equalizer is available to watch at home today
2 days ago
One of the best sci-fi films ever is among the movies on TV tonight
2 days ago
Tom Hardy and Woody Harrelson face off in new trailer for Venom: Let There Be Carnage
2 days ago
Mrs. Trunchbull had the WORST time making Matilda, which turns 25 years old this week
2 days ago
Zola review: The coolest movie of 2021 has arrived
3 days ago
Netflix has quietly added 12 great movies to its library today
Next Page