Bohemian Rhapsody has been released in China, but without all of the gay scenes

The Oscar-winning Freddie Mercury biopic Bohemian Rhapsody was released in China on Friday, but with all of the references to the Queen lead singer's sexuality and AIDS diagnosis censored.

Several minutes of footage were edited out of the film, including scenes of two men kissing and the use of the word "gay". 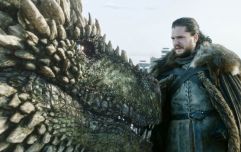 Chinese censorship of Game of Thrones makes the show incomprehensible

END_OF_DOCUMENT_TOKEN_TO_BE_REPLACED

According to BBC, many Chinese viewers went online to voice their confusion regarding the decision to alter the movie so drastically:

"If there were no deleted scenes it would have been better," one Weibo user wrote.

"Why is it necessary to delete gay-related content? Doesn't a person's life... deserve to be complete?"

Despite this controversial decision, Bohemian Rhapsody was still a success in the country, grossing $6.4 million so far.

Gay content is often removed by the Chinese media, despite homosexuality being legal in the country for more than two decades.

Many critics of the movie already felt as though it shied away from a lot of the aspects of his sexuality.

Despite certain criticisms, the movie was a massive success, and it was recently revealed that a sequel could even be on the way.