We chatted to the trio about the new action-comedy blockbuster.

Charlie's Angels is something both iconic of its time (each time), but unlike, say, Spider-Man or Batman, isn't a property that has been remade into the ground.

It is fair to say that enough time has passed since the Cameron Diaz / Drew Barrymore / Lucy Liu take on the ass-kicking trio that the franchise can be given a dusting off and a re-do, this time with Naomi Scott (the most recent Princess Jasmine), relative newcomer Ella Balinksa, and Twilight's own Kristen Stewart as the stars.

We were lucky enough to sit down with Angels to discuss the new movie, and we left no stone unturned. Chats included getting a dance sequence just right, the comparisons to RuPaul's Drag Race, why the franchise has such a strong LGBTQ+ following, their opinion on the Diaz/Barrymore/Liu movies, and taking mid-morning shots as a form of team-building. 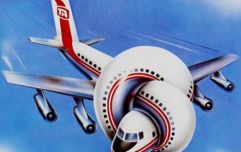 END_OF_DOCUMENT_TOKEN_TO_BE_REPLACED

We were also lucky enough to chat to the movie's writer, director, and co-star Elizabeth Banks, who talks about the strong Jason Bourne and Mission: Impossible influence vibe that she wanted for the action scenes in her vision of the film. You can watch that interview in full right here.

Charlie's Angels reaches Irish cinemas on Friday 29 November, and you can check out the trailer below:


popular
Shot fired at Garda car from car suspected of involvement in armed incident in Wexford (Report)
QUIZ: Can you name all the Irish counties just by their shape?
PERSONALITY TEST: What percent tosser are you?
25 jokes which make Airplane! one of the funniest movies of all time
Ted Bundy documentary featuring long-term girlfriend Elizabeth Kendall released this week
QUIZ: Can you match the Father Ted quote to the character that said it?
Ireland's longest bridge is set to open today
You may also like
1 day ago
Here are the 7 best movies on TV this Tuesday
1 day ago
Tiger Woods, Robin Williams & David Attenborough documentaries on the way as Sky launch two brand new channels
2 days ago
Here are the 6 best movies on TV tonight
2 days ago
What is the best Will Smith movie?
2 days ago
OFFICIAL: Season 6 of Peaky Blinders is now in pre-production
2 days ago
Here are the best films on TV today
Next Page