Netflix, our all-seeing, all-knowing content god-king, continues to provide endless entertainment for us all to binge or savour accordingly.

Though the streaming giant plays things close to the vest when it comes to pertinent details like streaming data and budgets, it is clear that a lot of money has been pumped into original content so far.

END_OF_DOCUMENT_TOKEN_TO_BE_REPLACED

Some TV efforts - Stranger Things for example - have become instant household names, commanding respect in the industry and the attention of millions.

Others - your Marco Polos, your Get Downs, etc - have been less successful, suffering premature cancellation despite plenty of resources

On the film front, it's hard to know precisely what constitutes a hit.

With streaming data generally withheld - apart from positive specifics when something like Bird Box finds a big audience in its opening days of release - and no traditional box office system to draw from, wins and losses are a touch unclear.

END_OF_DOCUMENT_TOKEN_TO_BE_REPLACED

However, a new report from technology digest The Information indicates that the platform is moving to manage expectations, with one recent star-studded endeavour shouldering some of the blame.

There was much hype behind the project, in which a team of military types attempt a daring heist, and though the end product was a touch undercooked, there are many worse ways to spend two hours.

The Information write-up details a meeting held in early June by Netflix chief content officer Ted Sarandos in which he reportedly discussed a new plan for new original productions, one that is notably more budget-conscious. 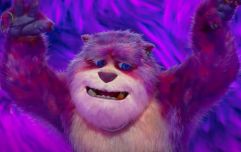 END_OF_DOCUMENT_TOKEN_TO_BE_REPLACED

According to that report, upcoming Netflix originals will be given the go-ahead based on their ability to attract a big audience as a priority over critical and potential awards success.

Furthermore, it is stated that the $115 million Triple Frontier was singled out as an example of a direction to pivot away from.

In April, Netflix announced that 52 million households had streamed the film. Meanwhile, a spokesperson has moved to play down this latest development.

"There’s been no change to our content budgets, nor any big shifts in the sorts of projects we’re investing in, or the way we green-light them,” they said.

Later this year, the streaming service will release The Irishman; a crime epic which boasts the hotly-anticipated reunion of Martin Scorsese, Robert De Niro, Al Pacino and Joe Pesci.

Though the exact production budget number has been debated, the film has reportedly come in at somewhere around the $200 million range, marking the most expensive project of the acclaimed director's career.

popular
Amazon Prime Video has just added 38 very big movies to its library
Ashton Kutcher opens up about rare disease that left him unable to see or walk
The 50 most iconic songs of all time* have been revealed
Mia Khalifa claims seaside town is better than Miami
We just got the first trailer for a movie not out until 2024
The start of the superhero takeover of Hollywood is among the movies on TV tonight
The JOE Movie Quiz: Week 182
You may also like
1 week ago
All of the big new Netflix movies and shows arriving in December
1 week ago
You can watch Netflix's new heist series NINE MILLION different ways
2 weeks ago
Netflix has just added 10 big movies to its library
2 weeks ago
New Netflix true crime documentary explores string of unsolved killings
3 weeks ago
Netflix is about to stream its first ever live broadcast
3 weeks ago
REVIEW: 1899 is Netflix's latest attempt to recapture the magic mystery of Lost
Next Page