Every so often a trailer will stop you dead in your tracks...

This sneak peek at Netflix's new movie Mosul – not to be confused with the 2019 documentary of the same name – is one of those trailers.

Based on true events, this is the story of the Nineveh SWAT team, a renegade Iraqi police squad who waged a guerilla-style street war against ISIS, all in a bid to take back their city. 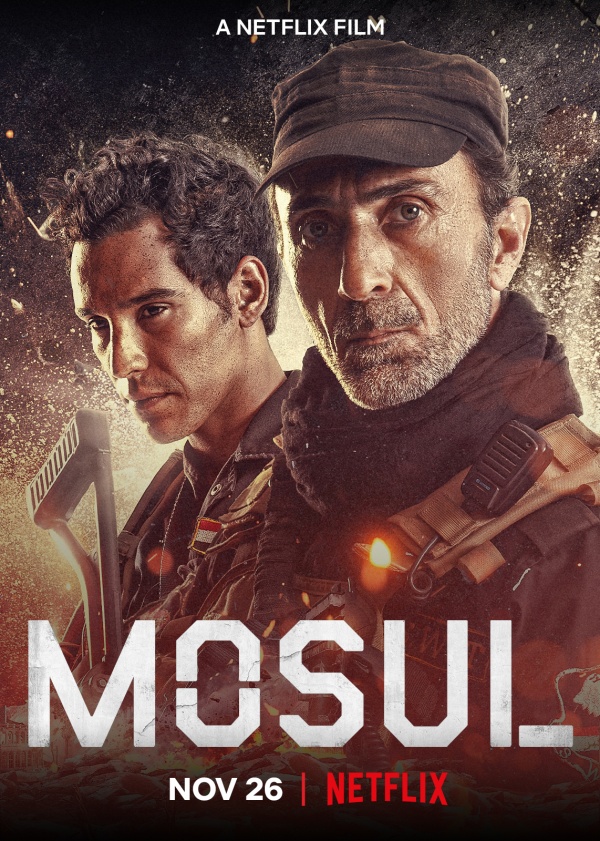 END_OF_DOCUMENT_TOKEN_TO_BE_REPLACED

Mosul is the directorial debut of Matthew Michael Carnahan, brother of director Joe Carnahan and the writer of 21 Bridges and World War Z, and is produced by the Marvel Cinematic Universe's powerhouse duo of writer/director brothers, Joe and Anthony Russo.

Inspired by this article in The New Yorker, the film debuted to strong reactions at the 2019 Venice Film Festival and it's particularly great to see veteran Iraqi actor Suhail Dabbach (The Hurt Locker) playing the commander of the SWAT team, bringing a calm but foreboding presence his hero needs to take on ISIS.

This unmissable action-packed drama is in Arabic with English subtitles, the right way to tell this amazing story, and as director Bong Joon-ho brilliantly said at the Golden Globes earlier this year – yes, that was THIS year –  "Once you overcome the one-inch tall barrier of subtitles, you will be introduced to so many more amazing films."

Mosul is out on Netflix on 26 November, check out the trailer below...

The Big Reviewski || JOE · TBR Spotlight: Loki - Episode Two - 'The Variant'
popular
The JOE Music Quiz: Week 62
The JOE Friday Pub Quiz: Week 248
QUIZ: Can you get full marks in this potentially very frustrating general knowledge quiz?
Met Éireann warn of thunderstorms as Atlantic system set to hit Ireland
Aer Lingus introduce new fee to bring carry-on bags onboard flights
QUIZ: Can you name all these European countries from a list of cities?
288 new cases of Covid-19 reported across Ireland
You may also like
19 hours ago
One of the most terrifying horrors of the last ten years is among the movies on TV tonight
1 day ago
Matt Damon planning return trip to Ireland to travel around the country
1 day ago
New Netflix true crime documentary examines three of the biggest heists in US history
1 day ago
One of the most iconic thrillers of all time is among the movies on TV tonight
1 day ago
Five great new movies added to your streaming services this weekend
2 days ago
"Alcohol helps!" - The cast of In The Heights give us some dancing tips
Next Page