With a plethora of studios and shared horror universes releasing new titles every few months, there was something refreshing about the old school nature of Netflix's brand new series, The Haunting of Hill House.

Consider this to be your spoiler alert warning if you haven't started the show yet. 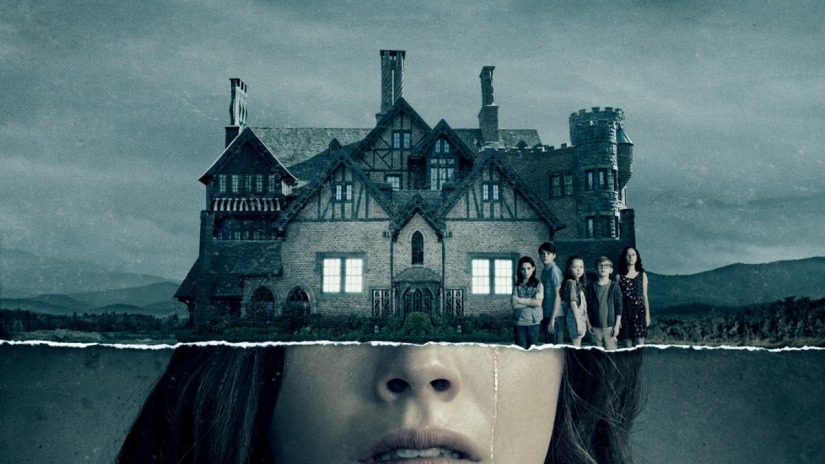 END_OF_DOCUMENT_TOKEN_TO_BE_REPLACED

As stated in our spoiler-free review, Mike Flanagan's series is markedly different because it never rushes the pace or feels the need to 'throw in' a scare every 10 minutes to keep the audience interested.

Every single member of the Crain family are fully-drawn characters with their own interesting backstories and flaws. In many ways, you can view The Haunting of Hill House as a straight up drama that deals with issues like grief, loss, addiction and despair.

It remains primarily a horror, but because you're invested in these characters, the scares resonate far deeper.

And make no mistake about it, this show is scary.

Fans of the show are already well versed in the terrifying spectres of the 'Bent-Neck Lady', 'The Thin Man in the Hat,' and as for that scene when 'young Luke' takes the dumb waiter down to the basement... yikes!

All things considered, Mike Flanagan's adaptation of Shirley Jackson's beloved novel has proven to be a massive hit and with Season 2 already on the cards, it seems like we're not done yet with the macabre mystery of Hill House.

END_OF_DOCUMENT_TOKEN_TO_BE_REPLACED

In terms of other shows of this ilk, plenty of people have already started to compare Netflix's latest hit to American Horror Story, the beloved anthology horror television series that was created by Ryan Murphy and Brad Falchuk.

Granted, AHS has already proven to be a massive hit with eight different seasons under its belt - some of varying quality - and a plethora of accolades to boast about. Since being released, AHS has received 89 Emmy Award nominations (16 wins) and nine Golden Globe Award nods (two wins) among many accolades.

In terms of modern horror TV shows, AHS is the standard-bearer and the trailblazer, but Netflix have really struck gold with their new series.

Truth be told, we'd be amazed if The Haunting of Hill House isn't nominated for some technical achievement because its sixth episode, Two Storms, is a remarkable piece of TV.

If you're curious about how that episode was made, our interview with Michiel Huisman should be able to answer a few questions.

Since being released on Netflix, The Haunting of Hill House has already become the number one show for some horror fans ahead of American Horror Story.

Personal opinion: The Haunting of Hill House is pretty much everything American Horror Story: Murder House wanted to be, but wasn't.

Netflix’s The Haunting of Hill House is a love letter to horror written with all the sincerity American Horror Story lacks.

The Haunting Of Hill House is so fucking good. The first time I’ve genuinely been hooked and scared by anything horror since the first season of American Horror Story.

Digging the Haunting of Hill House. Honestly it feels far more spooky without forcing the spooky than American Horror story.

The Big Reviewski || JOE · The Big Reviewski with Ray Liotta, Goodfellas facts & Tom Hanks making us cry
popular
Seven people hospitalised after huge fight at Tuam cemetery
One of the most-anticipated movies of the last few years is finally available to watch at home this week
Kings of Leon announce first Irish shows in five years
Retail billionaire calls on unvaccinated people to be banned from shopping centres
There's some lovely weather in store this weekend, but better make the most of it
Revolut finally rolls out feature which allows users access wages before payday in Ireland
Government announces special €1,860 payment for laid-off workers during pandemic
You may also like
6 days ago
Gunpowder Milkshake has the makings of a perfect Friday night movie
6 days ago
A brilliant Irish psychological thriller and 5 more movies and shows to watch this week
1 week ago
Y: The Last Man star Ben Schnetzer on his brand new show, love for Diane Lane and pandemic productions
1 week ago
Stephen King has some amazing things to say about Netflix's new horror series
1 week ago
Y: The Last Man review: A slick, smart, end-of-the-world thriller series
1 week ago
HBO finally reveals the premiere date for Succession Season 3
Next Page