Do you find yourself waking up in a cold sweat in the middle of the night, wondering why any sane person would buy a Rocket instead of a 99 from an ice cream van?

Have you been uncontrollably shouting "JUST ASK HER TO THE DEBS YOU MUPPET" at the most inappropriate times?

END_OF_DOCUMENT_TOKEN_TO_BE_REPLACED

Or maybe you're addicted to shopping online, browsing site after site, night after night, on the never-ending hunt for just ONE of those goddamn chains.

If you answered "yes" to any of the above questions then you, my friend, are very clearly suffering from a severe case of IRWMNPPGMMN. Or, to give it its full scientific name, I Really Want More Normal People Please Give Me More Now. 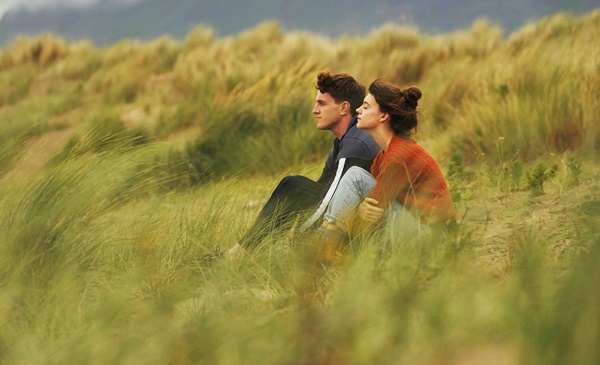 Anyone suffering from Connell and Marianne withdrawal symptoms is in luck though. During our recent, reveal-all chats with some of the Irish stars of the hit TV show, they were definitely open to a brilliant suggestion from Oscar-nominated director Lenny Abrahamson about how they could perfectly create Normal People Series 2.

Here's what Lenny had to say in our Normal People Spoiler Special...

"There's a niggling thought that we've all played with... what would it be like to revisit them in five years or 10 years?

Because the characters are so well-defined and because they sort of exist for a lot of people, it's so rare to have that thing to play with, and to have those very securely-grounded characters.

And it's an opportunity that therefore doesn't come along very often where you could look at or pick another point in their lives and sort of triangulate a sense of them fully over the course of a period of time.

If everybody was up for that in a few years’ time, I'm sure that would be an amazing thing to try and do."

END_OF_DOCUMENT_TOKEN_TO_BE_REPLACED

So, would everybody be up for this Richard Linklater-style revisiting?

Well, Fionn O'Shea (who plays Jamie) would "love to see a second one", but isn't too sure if he'd be asked back having "burned every bridge imaginable!" While according to Desmond Eastwood (Connell's friend Niall), "there's nothing [he] would love more" and Normal People Series 2 would "just be the most incredible thing ever or even for it to happen."

END_OF_DOCUMENT_TOKEN_TO_BE_REPLACED

India Mullen (who stars as Marianne's friend Peggy) agrees that coming back to them in "a few years is an interesting idea" to see "how has that affected them individually and as a unit", but what about the man of the moment though... would Paul Mescal be up for it?

You can see his and the others' answers in full on Facebook here...

And you can listen to the full interviews with all of the stars by simply clicking here.

popular
QUIZ: Test your knowledge with this Ultimate Friends Character Quiz
House Of The Dragon is already better than Game Of Thrones
The 50 most iconic songs of all time* have been revealed
Amazon Prime Video has just added 20 very big movies to its library
Netflix has dropped the trailer for their latest thriller from the creator of The Haunting of Hill House
Fine Gael Councillor slams attendees of cost of living crisis protests
People think they've figured out the ranking of the viewers on your Instagram Stories
You may also like
1 day ago
QUIZ: How well do you know your horror movie scream queens?
2 days ago
A brilliantly scary horror movie is among the movies on TV tonight
2 days ago
2022's sexiest show is finally available to watch in Ireland
2 days ago
WATCH: Oscar winner Steven Price weighs in on #ReleaseTheAyerCut for Suicide Squad
2 days ago
The 6 must-watch brand-new arrivals coming to Disney+ in October
2 days ago
QUIZ: How well do you remember Avatar?
Next Page