Some incredible additions to choose from if you're not sure what to watch this evening...

Another week, another very impressive list of new arrivals on Amazon Prime Video.

Last week's new batch felt like it was leaning into the big sci-fi/action vibe, but this week feels like a much more eclectic collection of comedies, thrillers, dramas and action.

END_OF_DOCUMENT_TOKEN_TO_BE_REPLACED

Also, ICYMI, Prime Video recently added one of the best tear-jerkers of recent years to the library.

Now, on with the list of newly added arrivals:

An incredibly tense thriller telling the story of a British solider (Jack O'Connell) who is accidentally left behind by the rest of his unit in the midst of a particularly incendiary riot in Belfast. 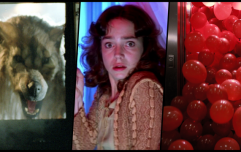 END_OF_DOCUMENT_TOKEN_TO_BE_REPLACED

Mila Kunis, Kristen Bell and Katherine Hahn play three over-worked moms who get pushed to their limits and react by ditching most of their adult and parental responsibilities for a long-overdue, heavy-partying break.

END_OF_DOCUMENT_TOKEN_TO_BE_REPLACED

What if Superbad, but the central trio were another five years or so younger? That is essentially the plot of Good Boys.

Sandra Bullock is the uptight cop, Melissa McCarthy is her new rough 'n' ready partner, and they are forced to work together to solve a big crime. From the director of Bridesmaids and Spy.

Based on the hit Nick Hornby book, a record-store owner (John Cusack) recounts his top-five break-ups of all time, including the one he's right in the middle of. Co-star Jack Black steals every scene he is in.

Four best friends are sent back in time using the titular device to the ultimate party of their youth, but will they discover that being young and carefree again is all it's cracked up to be? John Cusack, Rob Corddry, Craig Robinson, Sebastian Stan and Chevy Chase star.

I AM NUMBER FOUR

Released at a time when young adult adaptations ruled the earth, Alex Pettyfer headlines this sci-fi action story of an alien hiding out on Earth from intergalactic assassins.

The cult-classic horror-comedy with Megan Fox transformed into a cannibalistic monster when a satanic ritual performed by wannabe rock stars goes awry.

The three ex-girlfriends of a serial cheater (Desperate Housewives' heartthrob Jesse Metcalf, remember him??) team up so they break him up with his new girlfriend.

When they discover they're pregnant while they're still in high school, Juno (Elliott Page) confronts the decision to keep the baby, along with their parents (J.K. Simmons and Allison Janney), teacher (Jennifer Garner) and classmate boyfriend (Michael Cera).

Ridley Scott teams up with the writer of The Departed for this epic drama about a warrior (Orlando Bloom) during the Crusades of the 12th century, suddenly finding himself to be the defender of the city of Jeruselum. Co-stars Liam Neeson, Eva Green and Michael Sheen.

Not to be confused with the 2017 version with Charlie Hunnam, this is the 2004 version from the director of Training Day, mostly filmed in Ireland, and starring Clive Owen, Keira Knightley and Ioan Gruffudd.

Ang Lee's visually arrested tale of a young boy who is the only survivor of a sinking ship, only to find himself alone on a life raft with a zebra, an orangutan, a hyena and a male Bengal tiger, in the middle of the ocean and no sign of land in sight.

A feel-good Oscar-winner about a young girl who is accepted for the finals of a beauty pageant, so the entire family heads off on a road trip to get her there on time. Steve Carrell, Toni Collette, Greg Kinnear and Paul Dano star.

Jim Carrey reunited with the Dumb & Dumber writer/directors for this tale of a nice-guy cop with Dissociative Identity Disorder who is protecting a woman (Renee Zellweger) on the run from her dangerous boyfriend.

Chris Tucker and Jackie Chan reunite for this long-delayed action-comedy threequel, which brings the action to Paris, the duo hunting down an assassin.

popular
Welder awarded €15,000 for unfair dismissal despite admitting to drinking alcohol before work
Netflix has just quietly added 30 big movies to its library
Man in his 40s dies following assault at funeral in Kerry
23-year-old Irishman killed in action in Ukraine, family confirms
Amazon Prime Video has just added 37 big movies to its library
One of the best dramas of the 2010s is among the movies on TV tonight
10 years ago today, the scariest movie ever made (according to science) was released
You may also like
9 hours ago
Kelsey Grammer to play Frasier once again in new sequel series
1 day ago
Whoopi Goldberg's breakthrough role is among the movies on TV tonight
1 day ago
It took five long weeks, but The Rings Of Power is finally fantastic
1 day ago
All 25 Bond movies to be made available to watch at home this week for a limited time only
1 day ago
Netflix reveals full line-up of new shows and movies arriving in October
2 days ago
WATCH: Will Smith's first post-slap movie releases a very powerful trailer
Next Page