New trailers for The Suicide Squad, Black Widow, and Mortal Kombat have racked up hundreds of millions of views.

Until this year, the record for most views on a red-band (i.e. adults only) movie trailer had been previously set by Logan back in 2017.

Then along came the supremely violent Mortal Kombat trailer in February, which racked up a record-breaking 116 million views in its first week. 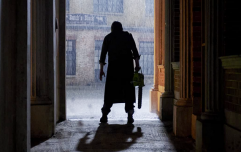 END_OF_DOCUMENT_TOKEN_TO_BE_REPLACED

However, the Warner Brothers movie wouldn't hold on to the title for very long, as the trailer for another WB release, James Gunn's sorta-sequel The Suicide Squad, dropped at the end of March and promptly blew that title out of the water, with over 151 million views in one week.

If you haven't watched it yet, here it is. Spoilers: it is a great trailer.

Our first trailer. Warning: gore & adult language & supervillains & adventure & heart. Can't wait to see it in a theater with all of you on August 6. #TheSuicideSquad pic.twitter.com/HdqlGVP0lB

Admittedly, the red-band record-breakers don't hold a candle to the general trailer title holders, which is still held by 2017's remake of It (another WB movie!), which racked up 197 million views in just 24 hours, destroying the previous one-day record holder, The Fate of the Furious (aka Fast & Furious 8), also from 2017, with 139 million views.

Additionally, Disney and Marvel released the latest trailer for Black Widow this week, marking the third trailer for that movie. Almost always, trailer views fall with each new trailer release, but in this case, the third trailer scored 70 million views in its first 24 hours, up from 57 million views in the first day for the movie's second trailer.

END_OF_DOCUMENT_TOKEN_TO_BE_REPLACED

But overall, these increasing and, in some cases, record-breaking numbers do represent both a return of big trailers from distribution companies, and a renewed hunger by viewers for these new big releases.

While the pandemic hit, and with cinemas around the world unsure when they might reopen, distributors were forced to pause their promotional campaigns until they knew when they might possibly get their movies out to audiences again.

As cinemas have been closed (over here, anyways) since March 2020, and then sporadically opened in the summer (around the time of Tenet), and then again around Christmas (for Wonder Woman 1984), movie lovers have been patiently waiting for the arrival of the vaccine, which would signify the return of cinema normalcy.

END_OF_DOCUMENT_TOKEN_TO_BE_REPLACED

This week, Godzilla vs. Kong made $48.5 million at the US box office for its opening weekend, the biggest opening of any movie since Sonic The Hedgehog in February 2020. The movie has also made around $300 million globally, already almost doubling Wonder Woman 1984's entire global box office haul, and catching up on Tenet's running total, all after just one week in cinemas, and while also available on HBO Max and via PVOD.

It shows that where cinemas are available, they are packing out, as movie lovers are immediately returning to checking out the latest blockbusters on the big screen.

popular
The JOE Friday Pub Quiz: Week 279
Public urged to be wary of sophisticated Revolut scam in operation in Ireland
Gardaí release CCTV footage of last known whereabouts of Bernadette Connolly
John Travolta's Irish accent has to be heard to be believed
New Netflix series looks like a must-watch for fans of Drive to Survive
Met Éireann spoils our potential fun by downplaying the possibility of snow
Here's the line-up for this week's episode of The Late Late Show
You may also like
1 day ago
Domhnall Gleeson's existential sci-fi nightmare is among the movies on TV tonight
1 day ago
10 years ago this week, Liam Neeson's best performance arrived in cinemas
1 day ago
WATCH: Mrs Brown is appearing in an American Netflix movie
1 day ago
Pam & Tommy review: An unmissable look behind the world's most-famous sex tape
2 days ago
Bradley Cooper finally confirms his directorial follow-up to A Star Is Born
2 days ago
A gripping mystery thriller is among the movies on TV tonight
Next Page