On Tuesday, RTÉ published its annual report for the financial year ending 31 December 2018.

In amongst the figures and the stats were some strange insights into where we are as a people. For example, we appear to be more interested in seeing Daniel and Majella O'Donnell improve their home than we are in the age-old cultural bastion of the All-Ireland Final (hurling or football). Who knew?

END_OF_DOCUMENT_TOKEN_TO_BE_REPLACED

A more jarring insight was that the Irish state broadcaster recorded a deficit of €13 million last year. Dee Forbes, Director-General of RTÉ, explained: "It will not be possible for RTÉ to maintain and enhance what we do and fulfil our remit without action from Government and a solution to the funding of public service media in Ireland."

Singled out among reasons like taxation - you can only pay tax on what you have, so we're not sure that explains a deficit - was coverage of "special events": the FIFA World Cup, the Presidential election, the Papal visit etc. All told, these events cost the organisation €7.2 million. About 14 Ryan Tubridys' worth.

It is indisputable that each of these events were of significant public relevance. What can't be overlooked, however, is that RTÉ's coverage of them often careened into catastrophe.

Coverage of the Papal visit was a miscalculation on a biblical scale. RTÉ weren't alone in that mistake, the government also blew €32 million on the visit, shutting down whole streets and accruing unnecessary costs.

Both the state and its broadcaster badly misread the public mood, and even though RTÉ offered round-the-clock coverage of the Pope's visit, no moment from the Papal visit features on their list of the 10 most-watched programmes of last year. In the end, Pope Francis drew less of a crowd than Garth Brooks would have.

This was a predictable outcome, but RTÉ didn't predict it. It's compelling evidence that the organisation doesn't understand its audience as well as it thinks. And that's how you end up losing money.

If I was RTE looking for ideas about how to engage people under the age of 55 I'd start a hashtag & ask people what they want from a state broadcaster.#WhatWeWantRTE
I want a chat show hosted by @saoirse_mchugh where she grills politicians & industry leaders on #ClimateEmergency

END_OF_DOCUMENT_TOKEN_TO_BE_REPLACED

Indeed, the entire strategy around "special events" could be called into question. RTÉ's coverage of the Eighth Amendment also had some painful low moments.

A Claire Byrne Live debate received 1,277 complaints after it descended into unchecked falsehoods and crowd-led chaos. The strict adherence to BAI's "balance" guidelines resulted once again in discussions that were imbalanced in any way that matters. Extremist pro-life voices and opinions were given plenty of airtime by the state broadcaster - though they ultimately did not gather much purchase with the Irish public.

These problems don't have anything to do with money.

Forbes argues that not only should the government be spending more public money on RTÉ, but that the TV Licence fee should also increase by just under 10%. But many in the public don't think they should be paying the fee at all. Indeed, they are routinely incensed by how their money is spent. 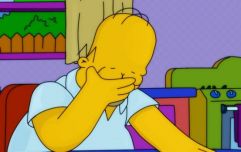 RTÉ issues callout for people with the “most horrible, most embarrassing stories” for new comedy series

END_OF_DOCUMENT_TOKEN_TO_BE_REPLACED

Notoriously, RTÉ's top earner is Ryan Tubridy. If RTÉ can find even 100 Irish citizens that could look me in the eye and tell me that Ryan Tubridy is worth €495,000 a year, I'll go on The Late Late Show and give him another tenner on top of that. €450,000 a year for Ray D'Arcy. In 2016, RTÉ shilled out more than €3 million on just 10 employees. That's without including at least a dozen more who are certainly high-earners. Now that's a money problem.

Before RTÉ gets another red cent, serious questions have to be asked. More money. For what, exactly? Doubling the taxi budget for the Healy-Rae family? Designing another show for Brendan O'Connor to host? Another short-lived comedy constrained by the conservative sensibilities of a catholic Ireland that no longer exists?

As Ireland grows and globalises, RTÉ no longer has a captive audience. It can no longer coast along on the benefit of the doubt. Its worth cannot be assumed. It has to prove it.

A recent social media movement - #WhatWeWantRTE - pleaded with RTÉ to use its immeasurable influence for the social good, for the public service which is its express purpose. Some of the top requests included more homegrown comedy, a moratorium on RTÉ employees interviewing other RTÉ employees, fewer economists and more social scientists.

In response, Forbes said: "Some great ideas here... thank you. We are listening." The next day, they put all five elected Healy-Raes on The Late Late Show. It was Michael's second prime time slot that week. His first was part of a typically RTÉ debate on climate change, which may as well have been subtitled: Should we do anything about it or nah?

And yet, and still, public service media has the potential to add so much value to Irish society.

RTÉ Investigates does fundamentally important journalism. First Dates is perhaps the most high-profile example of new, empathetic, inclusive Ireland - and entertaining as anything, to boot. Radio broadcasters like Philip King are nothing short of spellbinding. The Tommy Tiernan Show is in a different league to The Late Late, or the Ray D'Arcy Show.

Certain programming also generates immense goodwill, and nothing more than The Late Late Toy Show. And why not? Its charm, its wonder and its unpredictability make it among the most exceptional annual televised events.

RTÉ needs new ideas more urgently than it needs money. They'll have to take their fingers out of their ears before they can hold their hand out for more.

popular
The JOE Friday Pub Quiz: Week 220
The JOE Movie Quiz: Week 80
Harry Styles hits back at critics who told him to be more 'manly'
Status Yellow snow warning issued for five counties
Here's Week 58 of JOE's 19 in 90 quickfire quiz
The 50 most iconic songs of all time* have been revealed
Status Yellow weather warning issued for all of Ireland
You may also like
1 week ago
"I let everyone down" - Miriam O'Callaghan apologises on-air for photo at RTÉ retirement gathering
1 week ago
WATCH: David McCullagh and Eileen Dunne apologise on air for attendance at RTÉ function
2 weeks ago
Urgent review sought of “grave breaches” of Covid-19 guidelines at RTÉ retirement function
2 weeks ago
High-profile RTÉ staff apologise after attending "impromptu" gathering in Montrose during Level 5 restrictions
1 month ago
“Clothes are not essential,” says Minister for State discussing impact on Level 5 on retail sector
1 week ago
Here are the best movies on TV on Monday
Next Page