Saoirse Ronan to host the next episode of Saturday Night Live

Saturday Night Live is about to get super Irish!

Next week, the show will be on break for Thanksgiving, but the next week, it has been confirmed that the host will be none other than our very own Saoirse Ronan.

On top of that, the special musical act for the night will be U2.

END_OF_DOCUMENT_TOKEN_TO_BE_REPLACED

Ronan's latest movie Lady Bird is currently the second best reviewed movie of 2017, and there is some tremendous talk that she might be up for the Best Actress Oscar at next year's ceremony.

The movie doesn't reach Irish shores until February 2018, but U2 fans won't have to wait that long for their new album, Songs Of Experience, as it is released on Friday 1 December, the day before they perform on SNL. 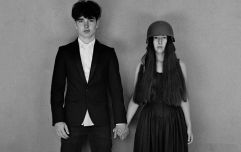 END_OF_DOCUMENT_TOKEN_TO_BE_REPLACED

If we were to guess, we'd say they'd most likely perform "Get Out Of Your Own Way", so don't be surprised is they manage to talk to the great Kendrick Lamar into joining them on stage.

As for the sketches on the show itself, we have to imagine that there will be A LOT of Irish-themed jokes.

Last night, the host was Chance The Rapper - and the musical guest Eminem, who rocked the stage with a rendition of his classic 'Stan' track - who absolutely threw himself into every joke he was given, and nowhere more so than with this sketch involving Chance as a hockey reporter completely out of his depth.

popular
Amazon Prime Video has just added 21 big movies to its library
Netflix has just quietly added 12 big movies to its library
Seven more suspected cases of unexplained hepatitis in Ireland under investigation
Gardaí investigating firearm being discharged near film set in Donegal
Couple injured after alleged homophobic attack in Dublin
The 50 most iconic songs of all time* have been revealed
Dáil passes motion to secure public ownership of National Maternity Hospital site
You may also like
1 week ago
U2 perform in Kyiv metro station following invite from President Zelensky
1 month ago
The JOE Music Quiz: Week 100
1 month ago
A Netflix series about U2 is in the works
3 months ago
The JOE Music Quiz: Week 90
1 year ago
The JOE Music Quiz: Week 31 - Special U2 Edition
2 years ago
"We wanted to get out of school as badly as possible" - Inhaler in conversation
Next Page