#TRAILERCHEST: Eggsy heads to the States to fight a new threat in Kingsman: The Golden Circle

Welcome to #TrailerChest, where we're taking a sneak peek at the brand new trailer for Kingsman: The Golden Circle. 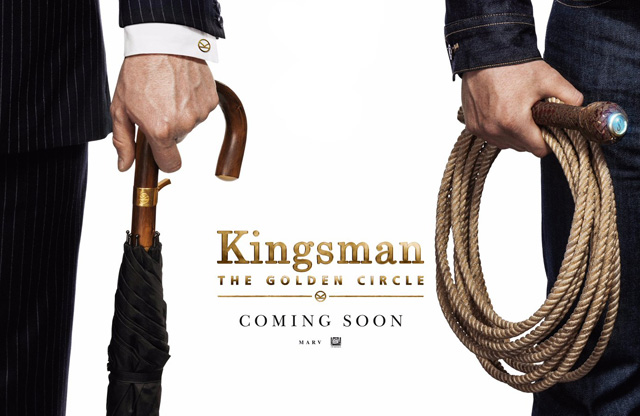 END_OF_DOCUMENT_TOKEN_TO_BE_REPLACED

After the first movie became something of a surprise smash-hit ($414 million worldwide on a $81 million budget), everyone who survived the first movie (including the writers and directors) are back for the much anticipated sequel, including one who we'd all pretty much thought was a goner first time round...

This time round, Eggsy (Edgarton) heads to the States when the Kingsman U.K. HQ is completely destroyed, and he and the remaining British spies team up with their American counter-parts, with their best member - Agent Tequila (Tatum) - using some slightly different weapons that Eggsy and co. are used to...

popular
Jeffrey Dahmer’s dad thinks he knows what’s to blame for son becoming a serial killer
Prince George reportedly told classmate "my father will be King so you better watch out"
Budget 2023: Cigarettes going up, energy credits announced, child and social welfare increases confirmed
Two new 24-hour bus services are coming to Dublin
An underseen disaster film is among the movies on TV tonight
QUIZ: Test your knowledge with this Ultimate Friends Character Quiz
Why Bran Stark is the true villain of Game of Thrones
You may also like
3 days ago
A brilliant psychological thriller is among the movies on TV tonight
4 days ago
A brilliantly scary horror movie is among the movies on TV tonight
4 days ago
WATCH: Oscar winner Steven Price weighs in on #ReleaseTheAyerCut for Suicide Squad
4 days ago
The 6 must-watch brand-new arrivals coming to Disney+ in October
4 days ago
QUIZ: How well do you remember Avatar?
5 days ago
Amazon Prime Video has just added 20 very big movies to its library
Next Page