Brilliant from the Kerry TD...

Last night, Claire Byrne Live discussed a number of issues from the current controversy surrounding the government's handling of whistleblower Maurice McCabe to the issue of organ donation in Ireland including a chat with recent donor, Jarlath Regan.

A hotly conversed topic was also Minster for Transport, Tourism and Sport Shane Ross, and his plan to introduce a zero tolerance approach to those caught driving under the influence. 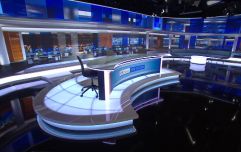 END_OF_DOCUMENT_TOKEN_TO_BE_REPLACED

The debate was chaired by Byrne and she brought on Dr. Ciara Kelly and Michael Healy-Rae TD to discuss the topic as well as having input in the audience.

Kelly was in favour of the proposals of Minister Ross, but Healy-Rae felt differently and argued about the isolation in some rural areas and the social aspect of going to the pub.

Healy-Rae famously voiced his support for a special drinking permit last year that would allow certain drivers be allowed to get behind the wheel of a car even if they were over the legal limit.

But one moment during the debate stood out to us, and that was Healy-Rae's response to being insulted from a member of the audience.

David from the audience said about Healy-Rae: "I salute Minister Ross. He's the first politician with balls to get up and say, 'You don't drink, and you don't drive', instead of this gombean politics we're listening to here this evening."

But, the Kerry TD didn't respond with harsh words of his own, but said:

"Well, look, I'm used to and my family are used to being insulted. I've no problem in the world... if you went to school, and if the best you can do is come up here tonight and call me names like that, that's up to you. 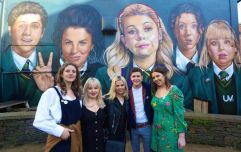 END_OF_DOCUMENT_TOKEN_TO_BE_REPLACED

"I certainly wouldn't say anything like that to you, because I treat people with respect. I was brought up that way; to respect people.

"If I was on a live programme, and I was in the audience. I wouldn't say something like what you just said to me. I wouldn't do that to somebody live on air. But that's up to you, and that's your opinion."

You can watch the clip below...

The Big Reviewski || JOE · Colm Meaney & his Pixie co-stars on deadly gangster priests, Irish accents & pickled onion crisps
popular
Weather advisory issued for all of Ireland, with snow on the cards
EA Sports respond to 'baseless' lawsuit over alleged scripting in FIFA 21
QUIZ: Can you guess these European countries from their outlines?
Here’s how you can get 20 bets for €2* for the next EuroMillions jackpot
The JOE Movie Quiz: Week 80
Record Christmas bonuses worth €390 million to be paid to 1.6 million recipients next week
Here are the Top 10 most-watched music videos in Ireland in 2020
You may also like
3 months ago
Claire Byrne named as new presenter of RTÉ's 'Today' radio show
8 months ago
Simon Harris: Banks need to show "cop-on, common sense and compassion" during Covid-19 crisis
1 year ago
Family of murdered Clodagh Hawe urge public not to donate to GoFundMe page
1 year ago
WATCH: Claire Byrne's brilliant reaction to bizarre claim by DUP MP sums up Brexit
1 year ago
Nigel Farage makes misguided claim about Ireland and the EU
2 years ago
Why on earth does Ireland even have presidential debates?
Next Page