The Young Offenders returns soon and it's going to get emotional.

When it comes to comedy, there's a rule of thumb about what separates the truly great shows from the very good ones.

END_OF_DOCUMENT_TOKEN_TO_BE_REPLACED

Homer sitting on his car as he bids his mother farewell. Del Boy trying to come to terms with Uncle Albert's death. Niles professing his love for Daphne.

They're all memorable scenes because they hit you from nowhere and in these moments, great comedies become something more.

As far as The Young Offenders is concerned, there's no denying that it's filthy and rude, but there's a sweetness that underpins everything.

Case in point, the moments when Mairead adopts Jock, the final scene where everyone on the bus stands up in unison and says 'I'm Billy Murphy', or the superb scene when the gang visited the grave of Jock's mother. 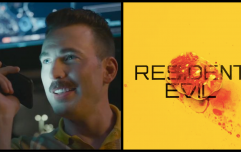 END_OF_DOCUMENT_TOKEN_TO_BE_REPLACED

In some ways, The Young Offenders adheres to the rules of Seinfeld and It's Always Sunny in Philadelphia - 'No hugging, no learning' - but that's not to say that there isn't a real heart to the show too.

"That’s what Peter does so well with the writing," Chris Walley (Jock) told JOE when we recently visited the set in Cork.

END_OF_DOCUMENT_TOKEN_TO_BE_REPLACED

"There are all these conflicts and flawed characters but they always learn and come full circle. However, rest assured in the next episode, they’ll all go back to the same antics again. They’re developing themselves but they’ll probably never fully be there, which keeps it entertaining to watch."

It has been three years since Peter Foott's beloved film was released and it's clear that Conor and Jock mean an awful lot to the Irish public. One man vital to The Young Offenders is PJ Gallagher, who was recast as the perma-suffering Principal Barry Walsh in the TV adaptation.

While Season 2 promises to be filthy and funny, Gallagher also said that it continues that trend of delivering some very emotional moments when you least expect them.

"There were a couple of times when I was reading the script and suddenly, I’m tearing up on my own after reading it!" Gallagher told us.

"I’m crying on my own and thinking 'f**k sake.' Whenever people see me, they always think I’m after getting bad news! But being serious, I’ve had emotional moments reading the scripts. There’s even an episode that I’m not in but after reading it, it f**ked me up. Genuinely, I’m sitting on my own and crying." 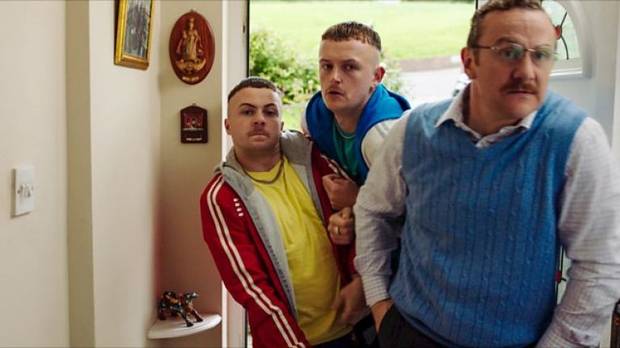 At present, plot details are being kept secret but the finale of the first season did hint at some interesting developments.

We know that Jock and Siobhan (Jennifer Barry) are expecting a child, Conor (Alex Murphy) and Linda (Demi Isaac Oviawe) are 'sort of' dating, as are Mairead (Hilary Rose) and Sergeant Healy (Dominic MacHale).

As for Billy Murphy, well, who the hell knows what that character will do?

One person that might know what the show's creator has in store is Hilary Rose. After all, she's married to him!

However, even the most famous mother in Cork was still knocked over by what she read ahead of the second season.

"Over the years I’ve worked with Peter for so long - and obviously being married to him, I know him better than most - but even when I was reading these episodes for Season 2, they just hit me," said Rose.

PJ Gallagher has the perfect take on why the show continues to make you laugh but still finds the time to tug at the heartstrings.

"It's just those moments that are so simple, small, but powerful," he adds.

Season 2 of The Young Offenders will air on RTÉ over the coming weeks; at present, no premiere date has been announced.