The song appears to reference her relationships with Mac Miller and Pete Davidson.

Ariana Grande dropped her album 'Thank U, Next' in the early hours of Friday morning, to the delight of her millions of fans around the world.

The album has been received positively as a whole, and already has a ludicrous amount of streams on Spotify. 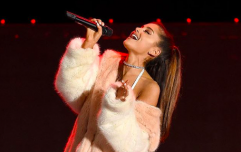 END_OF_DOCUMENT_TOKEN_TO_BE_REPLACED

And despite the fact that some of the singles on the project had already been released, and were huge successes, one song in particular is catching the attention of fans more than any other.

'Ghostin', which is definitely the most emotional and intimate song on the album, deals with Ariana's past relationships, in an incredibly detailed way.

Miller passed away last year, and Ariana appears to mention how she dealt with her grief in this new song. 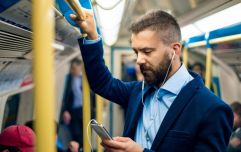 END_OF_DOCUMENT_TOKEN_TO_BE_REPLACED

In the song, she says:

She goes on to say:

"He just comes to visit me
When I'm dreaming every now and then."

These lines led fans to believe that the song is about how her and Pete Davidson's relationship was affected by the death of her ex-boyfriend.

Fans took to Twitter to talk about how much they appreciate the song:

Me when Ariana Grande said “He just comes to visit me when I’m dreaming every now and then” #ghostin pic.twitter.com/kKzPF1KCo6

#Ghostin is about Mac Miller. pic.twitter.com/r4Dl32nrmT

me realizing ghostin is about her crying over Mac Miller n laying next to Pete while he watches her in pain over his death omg Ariana I’m DEPR pic.twitter.com/OyWQVfgV6H

popular
QUIZ: Can you name all the counties in Ireland without the letter 'E'?
Road Safety Alert issued as high temperatures continue across Ireland
Nearly 100 flights delayed at Dublin Airport on Monday
WhatsApp introduces way to choose who can and can't see you're online
QUIZ: Can you get top marks in this short but tricky Irish geography quiz?
RTÉ tries to solve Michael Collins murder in new documentary
Public urged to conserve water as around 60 areas at risk of supply shortages
You may also like
7 months ago
The discourse around Don't Look Up is funnier than the movie itself
3 years ago
WATCH: Pete Davidson refuses to perform at comedy club following comments about Ariana Grande
3 years ago
Ariana Grande announces release date and track list for new album
3 years ago
Ariana Grande has been accused of plagiarism over her new song
3 years ago
Pete Davidson has called Ariana Grande a "diabolical genius" for 'Thank U, Next'
3 years ago
The 20 Best Songs of 2018
Next Page