A$AP Rocky has been officially charged with assault following a street altercation that took place in Stockholm last month.

The 30-year-old rapper has been detained in Swedish custody since 3 July, causing him to miss out on high profile gig commitments including Dublin's Longitude festival.

Last week, US President Donald Trump weighed in on the matter, noting that he had spoken with Kanye West regarding A$AP Rocky's situation and that he would personally be contacting the "very talented" Prime Minister of Sweden Stefan Lövfen to try and resolve the issue. 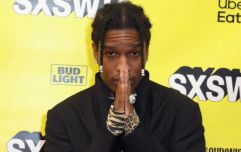 END_OF_DOCUMENT_TOKEN_TO_BE_REPLACED

Shortly after that "friendly and respectful" phone call took place, Lövfen confirmed that Rocky - real name Rakim Mayers - would receive no special treatment, with a hearing set for the following week.

CNN reports that said hearing has now taken place, and that Mayers has formally been charged with assault.

His lawyer Slobodan Jovicic maintains that Mayers was defending himself upon being assaulted and that his client is innocent.

In addition, two further individuals have been charged for their part in the confrontation. 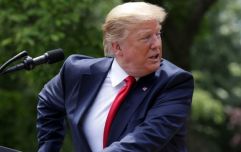 END_OF_DOCUMENT_TOKEN_TO_BE_REPLACED

All three will remain in custody until a trial takes place, the date of which is not currently set.

"It is worth noting that I have had access to a greater amount of material than that which has previously been available on the internet. In addition to video material, the injured party's statements have been supported by witness statements," said Swedish public prosecutor Daniel Suneson.

popular
Simon Cowell concerns fans with appearance as they 'don't recognise him'
An Oscar Best Picture winner is one of the movies on TV tonight
Starbucks worker breaks down in tears after they're scheduled to work 8 hours
Woman left confused after DNA test shows child isn't husband's despite her claims that she never cheated
One of the best movies of the decade has just been added to Netflix
Jonah Hill files petition to legally change his name
Katherine Ryan says famous TV star is a ‘predator’ and everyone in industry knows
You may also like
1 week ago
Donald Trump Twitter ban lifted thanks to a very stupid reason
2 weeks ago
QUIZ: JOE's Big News Of The Day Quiz #13
2 weeks ago
Donald Trump said lots of Donald Trump things as he announced new president run for 2024
2 months ago
Donald Trump mocks Joe Biden for sitting 14 rows back at Queen Elizabeth's funeral
3 months ago
Alec Baldwin feared Trump supporters would kill him after Rust shooting incident
3 months ago
Donald Trump says FBI agents 'raided' his Mar-a-Lago Florida home
Next Page