Backstreet's back... in two months.

Not quite as catchy as the actual lyric, admittedly.

But yeah, Backstreet Boys are due over in the capital this summer, in case you somehow missed that news a few months ago.

The enduring boy band's 3Arena date on Tuesday 11 June as part of their DNA world tour didn't take too long to sell out, and with bangers like 'Everybody' and 'I Want It That Way', you can expect a lively, nostalgia-tinged night out.

If we're being honest, the opening track off their current album is an absolute belter, too:

Anyway, if you are indeed heading along and planning on making an evening of it, you may wish to know who the Boys have selected as their opening act. 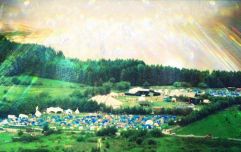 KnockanStockan festival calls it a day, at least for now

END_OF_DOCUMENT_TOKEN_TO_BE_REPLACED

That honour falls to harmonic remix enthusiasts and Liverpool lads Mic Lowry, who are presumably big fans of Bad Boys.

As for Backstreet Boys, well, they're likely fans of them, too.

Find out for sure in June, if you're heading along...


popular
Donald Trump takes aim at Parasite's Oscar win because the movie is from South Korea
QUIZ: How well do you remember these classic PS2 games?
Here are all the best new titles coming to Netflix in March
New weather warning issued for three counties
Laura Whitmore hits out at paparazzi photographing her following Caroline Flack's death
Mary Lou McDonald wins most votes, but no Taoiseach elected after first sitting of 33rd Dáil
Gardaí search for owner of "quantity of gold Krugerrands" in Limerick
You may also like
2 weeks ago
Joker live concert experience is coming to Dublin
1 month ago
Slipknot’s Jim Root: "I've given my entire life to this band"
2 months ago
Snow Patrol announce intimate Dublin acoustic show
2 months ago
Guns N' Roses announce Irish gig for 2020
2 months ago
Mastodon and Sepultura lead additions for next summer's Sunstroke Festival
2 months ago
Kendrick Lamar, Charli XCX and Aitch among first wave of acts announced for Longitude 2020
Next Page