Definitive proof that Coldplay only have 11 good songs

No, 'The Scientist' isn't one of them.

Coldplay are one of those bands that seem to forever divide opinion. Sure, they can delight thousands in Croke Park, but chances are you know at least one person who rolls their eyes at the mere mention of their name.

Despite the divisiveness, it's fair to argue that they're a pretty strong shout for a good 'Greatest Hits' act. With that in mind, we've put our heads together to decide the definitive best 11 Coldplay efforts. 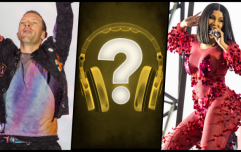 END_OF_DOCUMENT_TOKEN_TO_BE_REPLACED

'Don't Panic' holds the distinction of being the opening track and final single released from debut album Parachutes. Clocking in at a little over two minutes, it's a decent acid test for the more stripped-back side of Chris Martin and co.

Just one track later and stadium-sized ambitions start to make themselves known. 'Shiver' might not quite qualify as 'alternative rock' and it's probably not about Natalie Imbruglia, but it's a gem nonetheless. 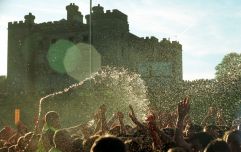 END_OF_DOCUMENT_TOKEN_TO_BE_REPLACED

Aka the video where Chris Martin walks down a beach and gets in your face for about five minutes. Look how young he looks. The ravages of time, folks. 'Yellow' is one of those great straightforward songs that keeps it simple with relatable lyrics and an arrangement that many first-time musicians can quickly master.

Written for Johnny Cash shortly before his death, 'Til Kingdom Come' starts out plain enough but the build is terrific and by the end there's a real sense of emotional triumph. What's more, excellent cop drama The Shield used the track perfectly in the opening episode of the show's fifth season.

Let's be honest; 'Viva La Vida' is a cringeworthy dud. 'Violet Hill' is where it's at.

In which Chris Martin thought he was a pop-fuelled Bruce Springsteen for a few minutes and got away with it.

'Paradise' shouldn't work. There's definitely a feeling of chasing trends here, especially with the "woah-oh-oh-oh-oh" refrain, but somehow, some way, the song overcomes syrupy mawkishness to emerge as a beautiful anthem.

‘Every Teardrop Is a Waterfall’

Yes, the signature guitar line is irritating. No, it doesn't ruin the song. This is latter-era Coldplay in a nutshell - wildly over the top and fiercely determined to reach for the stars no matter who tries to stop them. By the end, it's pretty unstoppable.

Mylo Xyloto really has some belters, huh? Bringing in a featured artist is more and more cynical as pop acts aim to seize and keep power, but Rihanna brings grace and poise to one of Coldplay's more adventurous love songs.

Nobody really talks about Ghost Stories, but it's home to two of the very best works in the Coldplay discography. First up is 'Magic', a heartfelt number that recalls the intimacy of 'Don't Panic' while adding new strings to Martin's bow.

Clearly inspired by the likes of Bon Iver and Jon Hopkins, 'Midnight' is arguably as daring as Coldplay get, experimenting with electronica textures and finding brilliant light in the process.

So there you have it - the best Coldplay songs. That's them all. Nothing off the second album. That's your lot. You can't argue with it. Right?

popular
Police special operations unit seize mother's e-scooter after she took child to school on it
Prime Video has just added one of the best dramas of the last decade
Omniplex Cinemas are hiring for an awesome and very rare job
Richard Madeley apologises after calling Sam Smith 'he' and bungling guest's pronouns
Actor to play Michael Jackson in new biopic has been revealed
The Last Of Us Episode Three is one of the greatest hours of TV ever made
Parents left in shock after gorillas start mating in front of kids at zoo
You may also like
1 year ago
The 10 Worst Songs of 2021
3 years ago
OFFICIAL: Coldplay will not tour their new album until their environmental concerns are addressed
3 years ago
Chris Martin states that Coldplay "want to play live" in the future but with fewer dates
3 years ago
Coldplay release new album tracklist in classified ads section of regional Welsh newspaper
3 years ago
Coldplay announce a new album and talk has already turned to a potential tour
4 years ago
WATCH: Coldplay to release career-spanning movie next month
Next Page