Do we like Bono or not? Exploring one of Ireland's greatest dilemmas

Americans always struggle to believe the reaction they get when they ask an Irish person about Bono.

Outside of Ireland, Bono is known simply as one of the world's greatest living rockstars. He's the man behind classic songs like 'Beautiful Day', 'With Or Without You', 'One', and 'Where The Streets Have No Name'. Not only that, but he was also a driving force behind the Band Aid and Live Aid concerts — a groundbreaking philanthropic and humanitarian movement by musicians. In 2011, he was named the most politically effective celebrity of all time by National Journal.

In Ireland, the man born Paul David Hewson has a different reputation. The phrase 'Bono is a pox' is graffitied onto the stalls of so many bathroom walls that manufacturers may as well just carve it in themselves and save the rest of us some time.

END_OF_DOCUMENT_TOKEN_TO_BE_REPLACED

Last year, the Guardian wrote a feature on this curious set of circumstances, titled 'Where the streets have no statues: why do the Irish hate U2?'

But do we really?

This past week, U2 sold out two gigs in Dublin's 3Arena and have sold out the 82,000-capacity Croke Park in the last year. For a band that has been past its best, musically speaking, for at least 18 years. Nine of the band's last 10 albums have reached the top of the Irish charts (Songs of Innocence only made it to number 2). So the question "Why do the Irish hate U2?" is not one that needs answering. We definitely do not hate U2, or their music. All the empirical data would suggest that Ireland loves U2. 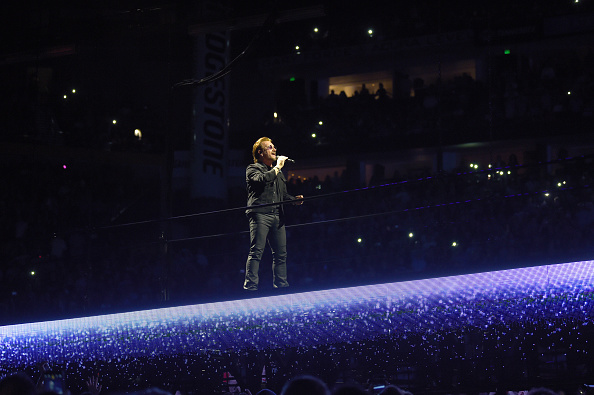 END_OF_DOCUMENT_TOKEN_TO_BE_REPLACED

But step away from the data and chat to the man on the street, or scroll through a comment section on social media, and you'll find that a different narrative emerges around the band's lead singer.

Bono has transcended rock stardom. Or, at least, he certainly thinks he has. And self-regard is almost always something that rubs Irish people the wrong way.

Bono is the embodiment of the Irish concept of 'notions'. In the grand scheme of things, he's a man with an iconic voice and a knack for writing great tunes who also reckons he's pretty good at saving the world. And Irish people tend to be quizzical of such folk.

Bono doesn't act like a rockstar. He conducts himself like an elder statesman. He speaks with great earnestness about subjects of life and death. He acts more like Mary Robinson than Mick Jagger.

END_OF_DOCUMENT_TOKEN_TO_BE_REPLACED

He sits with Pope Francis to talk about sexual abuse in the church, and vouches for him — telling reporters that he could see the pain in his eyes. Shortly after the election of Donald Trump, Bono was spotted speaking cordially with Vice President Mike Pence — an evangelist renowned for hardline stances against the LGBT community.

It's not the first time Bono had cavorted with controversial figures either. Through the years, it seems as though Bono has struck up a warm friendship with former-President George W. Bush. As recently as 2017, Bono has hung out with the man behind the wars in Iraq and Afghanistan at his private ranch in Texas.

Navigating the world of humanitarian aid is no easy task, even for those who do it full-time. Ensuring that aid programmes are designed in such a way that they don't do any damage in the community they're trying to protect is virtually impossible. The number of stakeholders at play generally means that it is not the intended recipients of the aid that generally benefit the most. Similarly, it is not possible to operate in the world of aid without dealing with characters that many civilians find unsavoury — for example, George W. Bush in the 2000s.

And while aid is a minefield, the public at large generally does like the people who provide it. And yet. 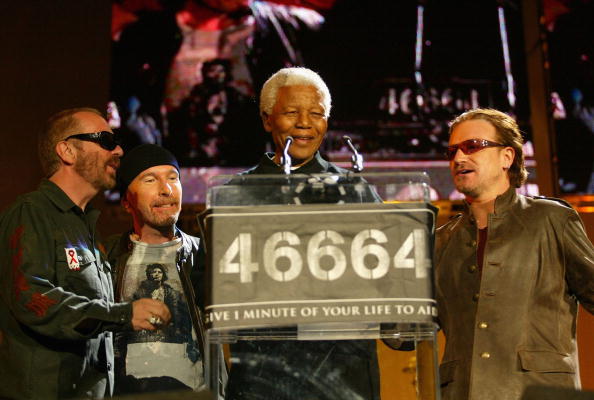 But it would be far too easy to dismiss all criticisms of Bono as Irish begrudgery. Tall poppy syndrome might be an epidemic on this island but sometimes there's more substance to our bitterness.

Bono undoubtedly thinks of himself as a charitable man. He does, however, avail of tax loopholes that allow him to avoid paying for the hospitals and roads and other essential public services that he uses in Ireland.

After Ireland's tax exemption for artists was ended in 2006, U2's tax affairs were immediately transferred to The Netherlands. Once the recession hit two years later and poverty moved much closer to home, this decision took on an air of coldness that seemed entirely at odds with Bono's persona as a giver. "Well, tonight thank God it's the rest of ye instead of me" doesn't have the same kind of mass appeal.

Bono's philanthropy can't be denied, but nor can the reality that he does not give back to his society in a fundamental way that is expected of everybody.

It's that kind of thing that puts Bono in the same category of the Apples of this world. Yes, they both make brilliant things and devote sincere effort to bettering the world through philanthropic efforts — but the moral ambiguities beneath the surface keep enough people frowning in suspicion.

Speaking of Apple... remember that time we all updated the security settings on our iPhones and somehow ended up with an unsolicited U2 album? I think it's fair to say that's the most Bono thing that has ever happened.

And every single person in Ireland rolled their eyes.

popular
The "eighth best movie ever made" is among the movies on TV tonight
One of the best films of all time is among the movies on TV tonight
Jennifer Lawrence sparks controversy by saying she was the first woman to lead an action movie
Mia Khalifa claims seaside town is better than Miami
Met Éireann updates weather warning for entire country as temperatures set to fall to -6
QUIZ: JOE’s Big News Of The Day Quiz #27
The start of the superhero takeover of Hollywood is among the movies on TV tonight
You may also like
6 days ago
The JOE Friday Pub Quiz: Week 323
4 weeks ago
Paul Weller labels The Cure's Robert Smith a 'fat c**t' in interview
1 month ago
JOE's Daily News Hub - November 2022
1 month ago
Cher, 76, confirms relationship with man less than half her age
1 month ago
Duran Duran guitarist Andy Taylor reveals he has prostate cancer
1 month ago
The JOE Friday Pub Quiz: Week 319
Next Page