PICS: Photos from Féile '92 — a look back at the daddy of Irish music festivals

Do you see anyone you know in any of these photos?

The internet was well and truly broken on Monday when it was announced that the Féile music festival would be returning to Semple Stadium for the first time in 24 years.

The experience, known to many as 'The Trip to Tipp', will return in 2018 with Féile Classical, and a line-up to match the name — featuring acts like The Stunning, Hothouse Flowers, An Emotional Fish and Something Happens.

END_OF_DOCUMENT_TOKEN_TO_BE_REPLACED

A rush of nostalgia has followed the announcement that Féile is returning, and photographer Shane McDonald unearthed some photos from the 1992 Féile that perfectly capture the essence of a 1990s Irish musical festival.

The 1992 iteration of the iconic festival boasted such heavyweights as Christy Moore, PJ Harvey, James, Simply Red, The Saw Doctors, David Byrne, Primal Scream and Bryan Adams — a line-up that would cause quite a bit of clamour even in 2018.

"My memories of Féile are certainly varied. The weather was showery and I recall it lashing down as Christy Moore went on. I also recall many drunk people at the festival, at one point I thought I was walking on a riser but it was a drunk person under my foot – frightening. Extreme were amazing and I recall the discoball-like outfits of Shakespears Sister. I also remember, as the photo proves, the “Peig” notice on the big screen. There was also the countdown to Bryan Adams' arrival on stage."

END_OF_DOCUMENT_TOKEN_TO_BE_REPLACED

Shane spoke to JOE about his memories of Féile 92:

"It was my first concert so the atmosphere was, in my eyes, electric," Shane says.

"The event seemed to go on 24 hours, there was always something happening in and around Thurles for those few days. At the time, this was the only way we could see such big names, as Ireland wasn't really known as a big concert destination for the big acts." 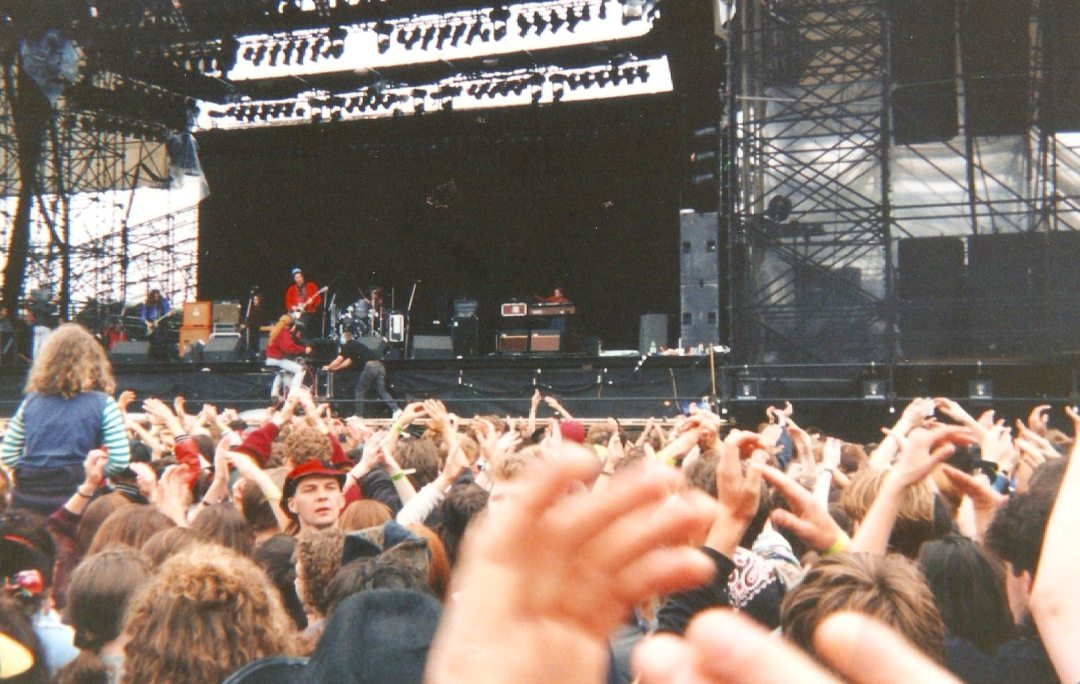 "I had a few quid left over during the festival and I bought a very cheap disposable camera at the concert - back in 1992 these cameras were not at all good, thus the quality of the result." 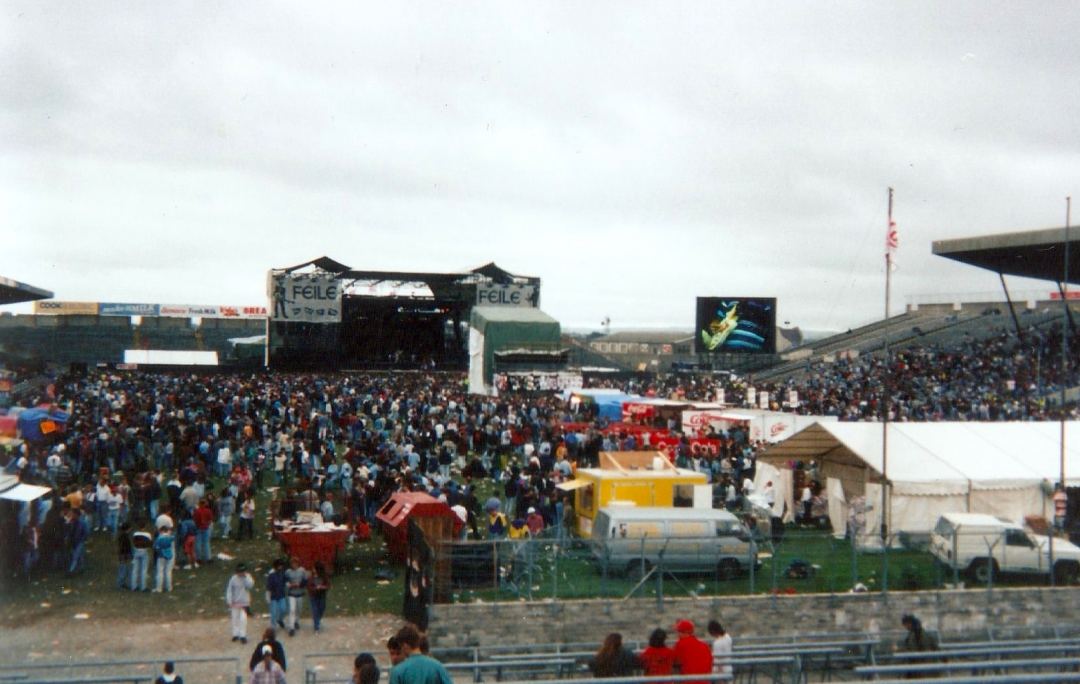 END_OF_DOCUMENT_TOKEN_TO_BE_REPLACED

"I took a few random snaps and got them developed a few months later. They remained in a drawer until last Summer when I dug them out, scanned them and uploaded them to my website. The blog post has had quite a lot of interest with visitors from as far afield as the Philippines, Lebanon and Australia all clicking through to the view the photos." 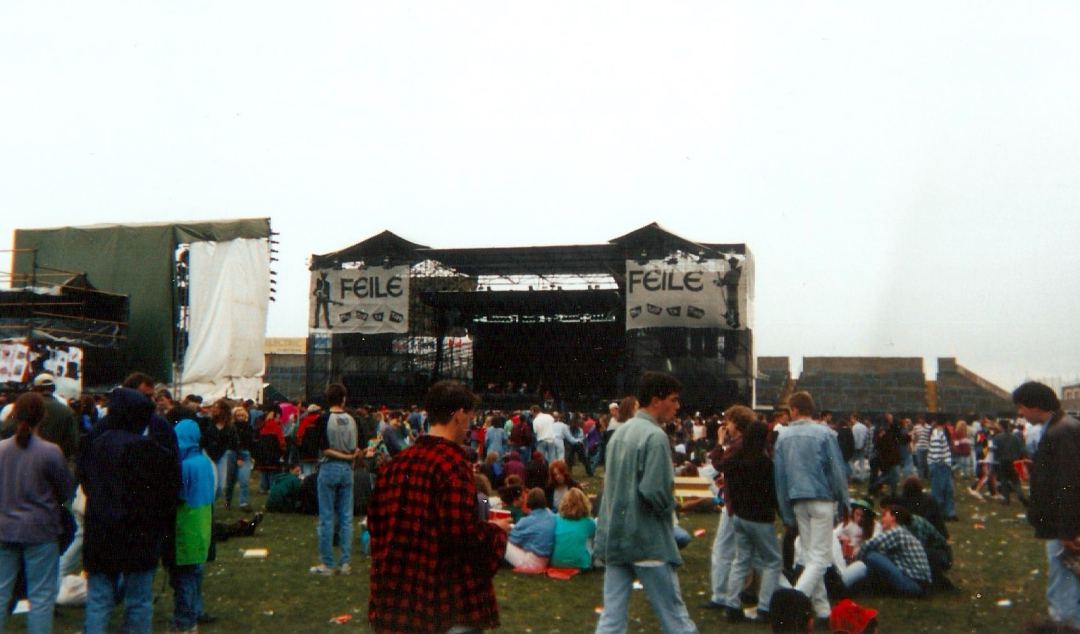 "I think they started quite rough around the edges but as we have grown up with them, the concerts have now changed with the public demands. You now have nicer toilets, proper food (not just burgers and chips from a van), and for some, festivals have become a group activity, with groups of friends meeting up to attend, plus there is always the festival fashion which the younger audience will want to show off both there and via Instagram." 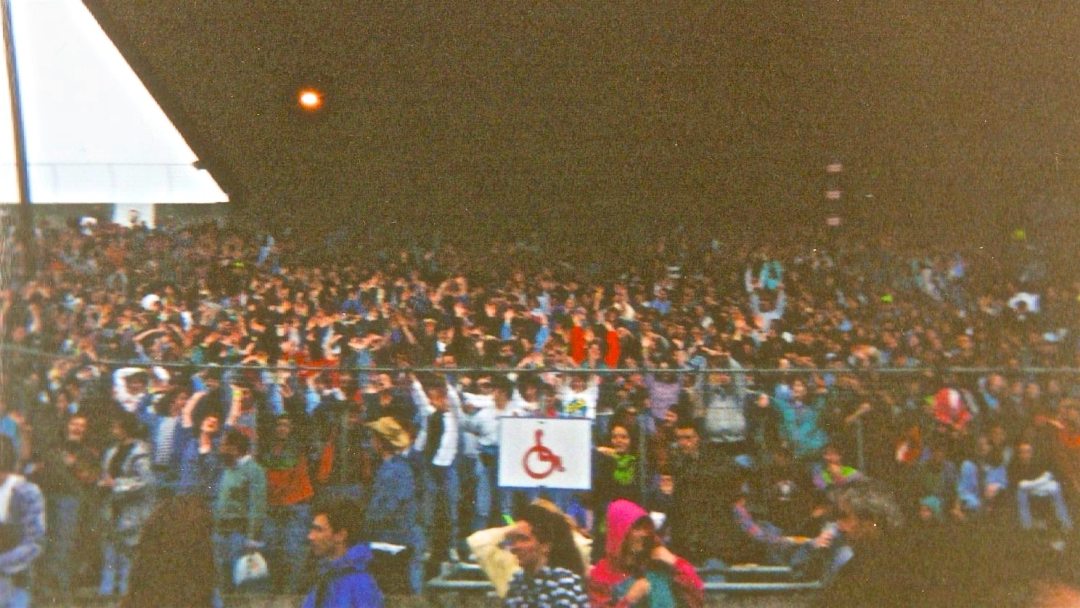 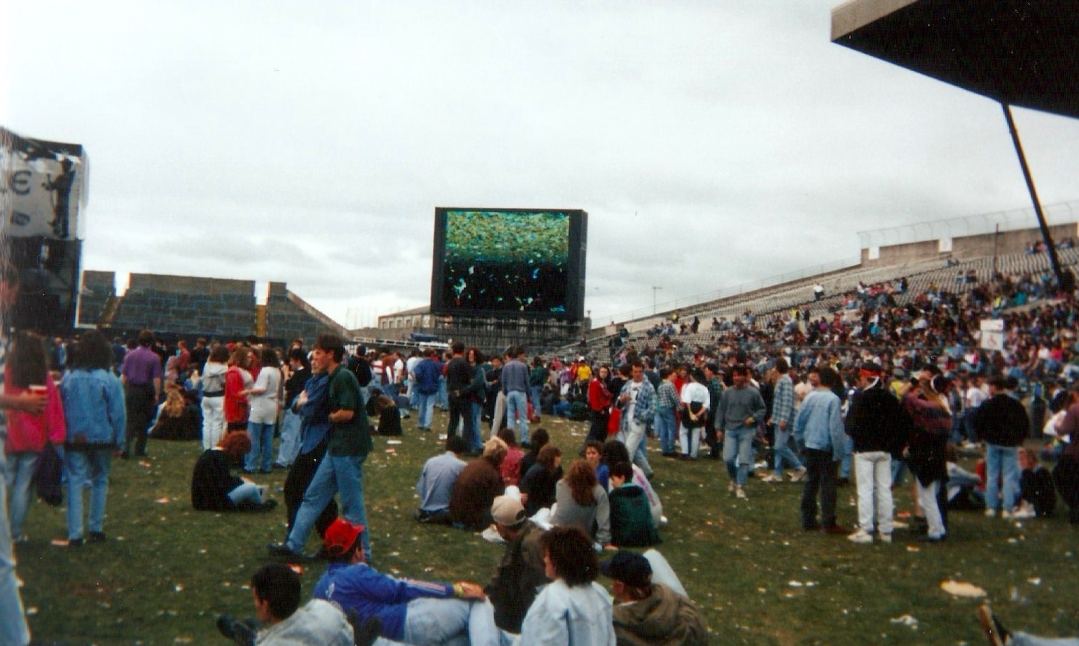 "The big screen had a few messages," Shane continues, "for example, 'Bryan Adams has just landed at Dublin Airport'."

Whether or not this was true I don't know, but one of the messages referred to the book which 90% of the audience was probably reading in school at the time, namely, Peig. The message in big letters simply read, 'Peig Sayers ... what a bitch'.

"Once this message went up there was a huge cheer from the audience of mostly students or those who just left secondary school during that summer." 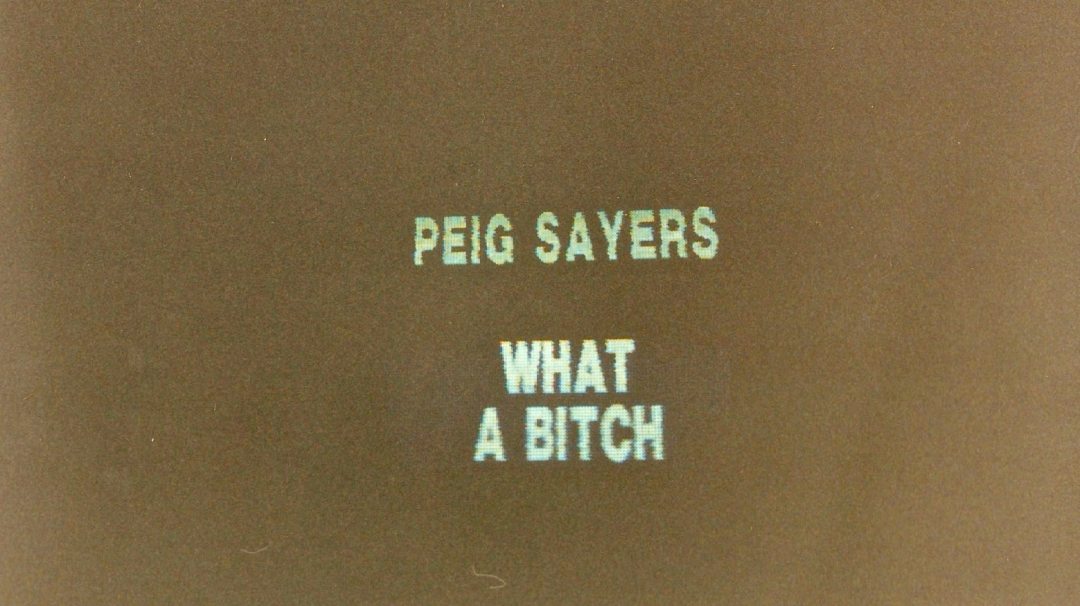 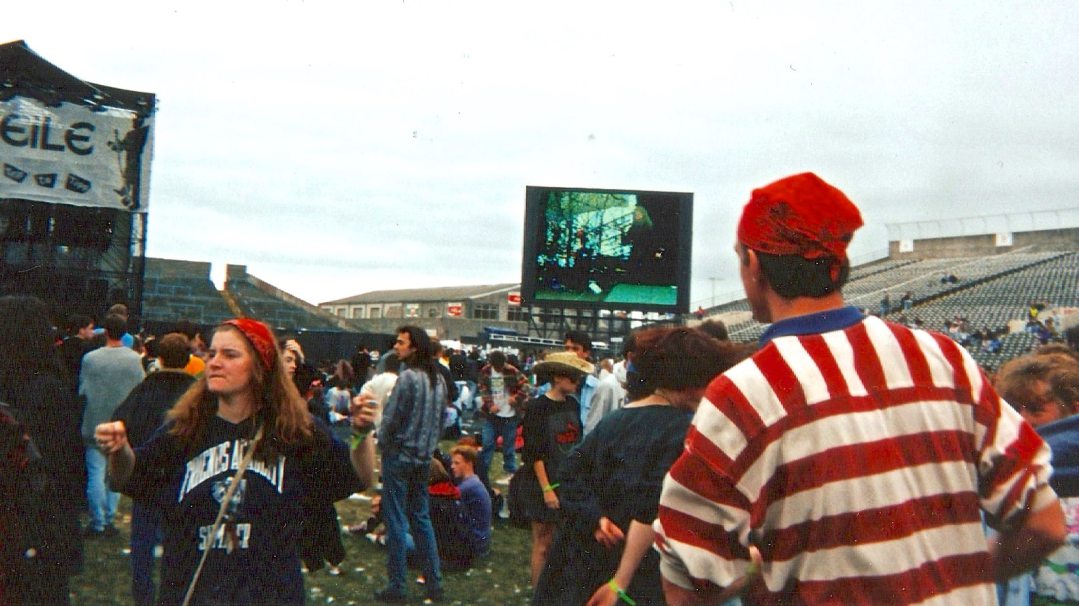 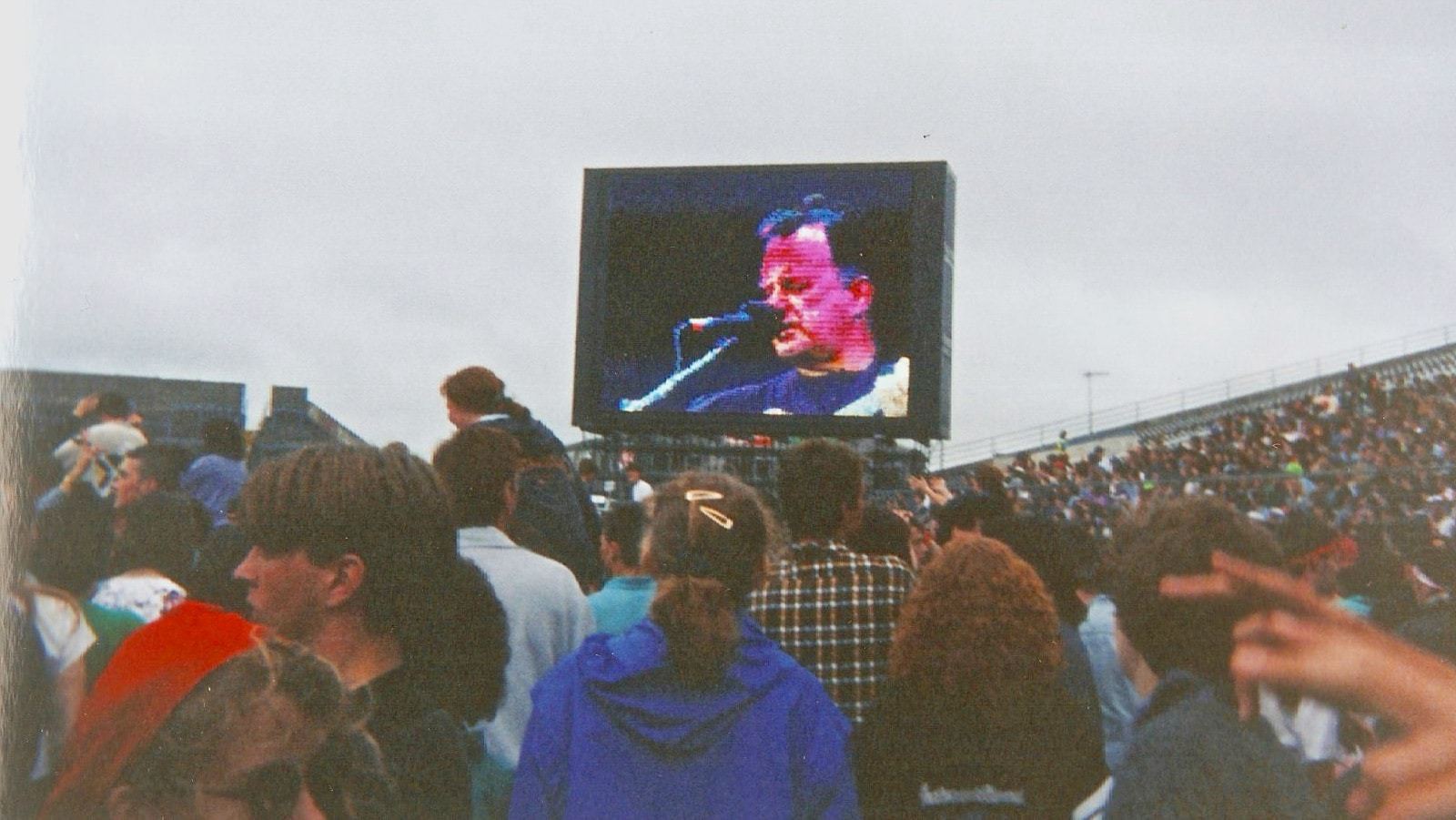 "I hope that the reinvented, relaunched Féile will spark something new in the region as it would be nice to have the well-known name, Féile, ringing in music-lovers ears again, especially since it is promoting some great Irish music." 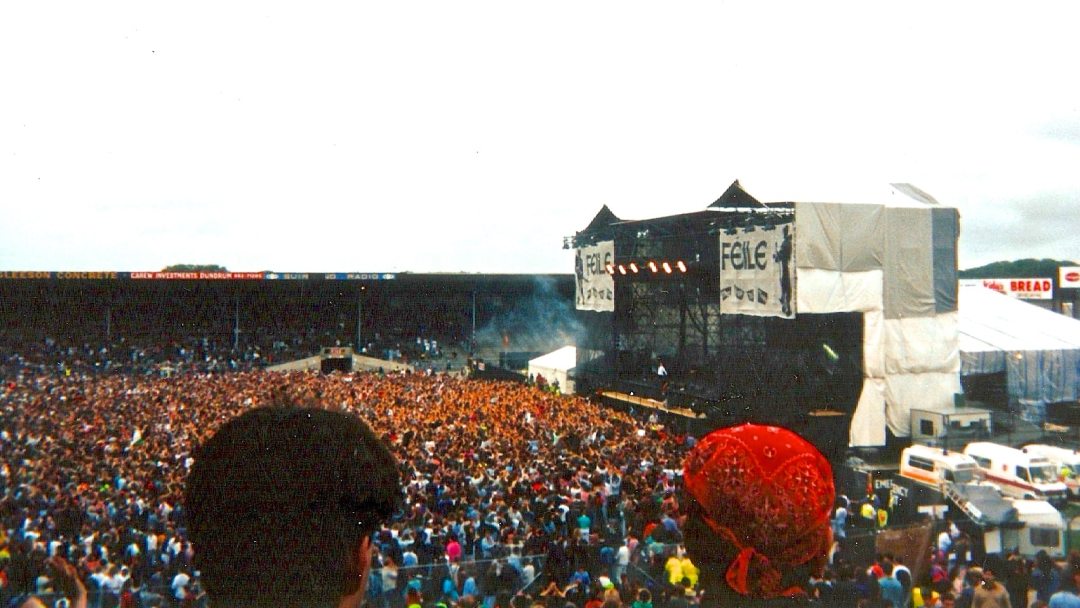 popular
Gardaí unveil new Armed Support Unit vehicles to replace older models
Netflix has just added 33 very big movies to its library
The full list of cancelled flights in and out of Dublin Airport on Monday (so far)
One of the greatest crime movies of all time could be getting a sequel
Amazon Prime Video has just added 51 big movies to its library
Increase in passenger charges at Dublin Airport may be on the way
An action-packed thriller is among the movies on TV tonight
You may also like
4 days ago
The JOE Friday Pub Quiz: Week 301
6 days ago
QUIZ: Can you guess the pixelated album cover?
1 week ago
Lizzo pledges $1 million for Planned Parenthood and abortion funds
1 week ago
Dave Grohl performs for the first time since Taylor Hawkins' death
1 week ago
We've put together the ultimate playlist for Pride Weekend 2022
2 weeks ago
Acclaimed traditional Irish guitarist Dennis Cahill has died, aged 68
Next Page